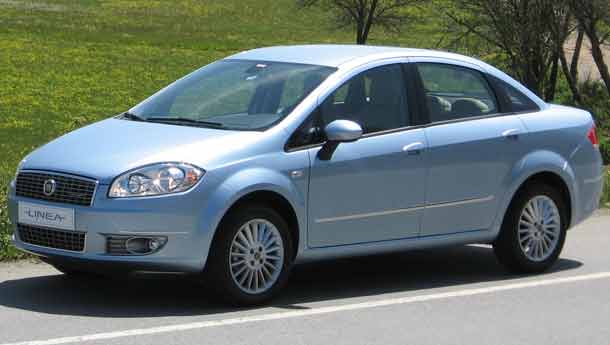 What are the options when you are on top of a tower? Well, you could jump from it. The Galata tower, visible from all parts of Istanbul, has been around for a very long time. Some say it has been around since the 5th century BC, though the modern one was built in 1348. That is not the point. During the Ottoman rule, a scientist by the name of Hazerfen Ahmet Celebi jumped from the tower and flew using mechanical wings across the Bosphorus strait that separates Asia and Europe! Enough of a story line for me to go and see a place. It was a cold day with a silly drizzle and I was shivering as I reached the balcony of Galata. It seemed very unlikely that Celebi made it across where the Bosphorus is at its widest, I concluded, and took a leak in the WC conveniently put up on top of the tower and got out.  So much for history.

In any case, I had my own mechanical device to ‘fly’ over to Asia from Europe across the Bosphorus and that was called the Fiat Linea, a brilliantly European-looking sedan that is meant to rock developing markets around the world, including India. Fiat knows how to launch cars – they normally take over a European town and bribe every one from Mayor to cops on the street so that journalists can drive the way they want. And the launch function normally is in the city hall. But as we all know, Fiat has just recovered from a terrible phase and is only just about flexing its muscles. The car that did the trick, like the Uno in the eighties, was the stunningly good looking hatch by the name of Grande Punto. After conquering Europe, the platform was stretched to make the Linea – the sedan that is meant to re-establish Fiat in markets like Eastern Europe, China, Brazil and India. The first Lineas rolled out of a Tofas plant (the Fiat joint venture in Turkey) near Istanbul and what better place to launch the car then, right? The launch function was held on an artificial island on the Bosphorus, between Asia and Europe, and it was one of the best car launches I have ever witnessed. Shafts of light lit up the night, the Galata bridge was illuminated and a magnificent fireworks display concluded the event. The next day, we would get the chance to drive the car in a carefully charted out route, with fine roads and sweeping corners that would eventually lead us to a coastal town.

Design and architecture
For a car to look beautiful in cities like Paris, Rome and Istanbul is a tough task. Because the monuments are oh-so-achingly evocative, a lump of sheet metal and glass stands no chance whatsoever – unless the car in question is a Maserati Quattroporte or an Alfa Romeo 8C Competizione. The original design inspiration for the Punto and hence the Linea comes from the four door-ed Maserati. The butch nose and grille that sits well ahead of the headlamps and a sloping windscreen are straight out of Bologna. Yet it is all penned to a scale which would not make the car expensive to build. As a pure design exercise, the Linea is a success story. Sure, I have my reservations about the head lamp treatment (BMW 3 series meets Ford Mondeo?) and the consciously bland profile. All the action is centred on the egg-crate grille that has ample chrome detailing. It apes new age Audis, but then that is to be expected with safety norms that demand a blunt front end for better pedestrian protection. If I had a free hand, I would have driven a Linea to the Sultanahmet Square in the heart of Istanbul and photographed it against the Hagia Sophia and Blue Mosque (the former was a church for 916 years before it became a mosque for another 481 years, phew!). And the result wouldn’t have been all that bad.

Interior and comfort
The Topkapi palace was the HQ for the Ottoman Empire for nearly 400 years and is visited by 2.5 million people every year. The palace premises are twice the size of the Vatican and half the area of Monaco. Yes, you can run a GP, if you insist, inside the palace grounds.  You pay for a ticket to enter the palace and pay again to see the Harem, where beautiful women were brought from around the world and kept captive. These women were educated and the best and most beautiful got to give birth to future sultans. The Harem is very spacious and is intricately decorated. The Fiat Linea is not in the Harem league, but you do get to keep four adults apart from the driver, if not 1200 concubines, happy. The large dimensions of the car do not translate to more elbow room inside, but there is ample leg room for the rear seat occupants. The cabin hints at cost cutting, yet is neither devoid of style nor technology. So you get typically Fiat plastics, but a well thought out instrument cluster and centre console. If it is the details that give you a kick, then you will love the orange-in-white dials. And nerds out there will be happy to know that a ‘Blue and me’ button on the steering wheel will let you make and take calls and listen to music with your Bluetooth phone as well as ‘listen’ to SMS messages. This feature is standard in Lineas sold in Europe and one can only hope that it comes to India. The top end models that we drove had built in music systems and a climate control system with digital readouts. Very nice indeed. Overall, the Linea impresses with easy access, tall driving position and intelligent space utilisation. And it feels good to grip a meaty, three-spoke steering wheel with the all-new, red, Fiat logo in its centre.

Power and performance
Istanbul should know what being powerful is all about. Emperor Constantine the Great declared Constantinople (not very imaginative, I must add…imagine Bijoyinople and you know what I am referring to) the second capital to Rome as early as 330 AD. Then in the 14th century, the Ottoman empire spread its wings across to Istanbul and later made it the centre of the Islamic world.  Unfortunately, the diesel power plant of the Linea felt not so powerful. The 1.3 mutijet that does duty in the Suzuki Swift in India has been massaged with a variable geometry turbo to develop 90 bhp for this application. While it is adequate to move mass, the car ran out of breath on the Turkish Autobahns and then needed a lot of stick work on the secondary roads.

Istanbul would have felt similarly underpowered after the Independence war in 1923, when the capital of Turkey was shifted to Ankara. Thankfully, the motor develops its torque (20.3 kgm) early in life and that made it easy to drive in city traffic. It will take 13.8 seconds to do a 100 kph run, but will eventually do 170 kph given the tarmac.

But the real action hero in the Linea line-up is the 1.4 T-Jet Turbo Petrol. This puny little motor belts out 120 bhp at 5000 rpm and 21 kgm of turning force at 2500 rpm. Best of both worlds? Yes, very much like Istanbul, then. It does justice to the Linea form by giving it a decent sub ten second 0-100 kph time and a commendable top whack of 200 kph. My test car had a beeper that warned us that we were crossing the 120 kph speed limit and I decided to adhere to it as much as possible. Around us there were accidents galore (minor ones, and not involving Lineas) and I was in no mood to push my luck. But the T-Jet comes across as a revelation, especially if you are driving it after sampling the oil-burner. Clean acceleration with a nice whistle of the turbocharger in the background and uninterrupted power delivery through the gears brings out the Italian bloodline of this Fiat. Later in the day, I prayed in front of the Blue Mosque for all those Schumacher and Fiat fans back home in India  – may the Fiat-Tata combine bring this searing little gem of an engine to India.

Ride and handling
It has been a roller coaster ride for Istanbul and Turkey till now. This, the cradle of many civilizations, is now going through slightly turbulent times as the nation is divided over the issue of a more secular rule. From the Neolithic roots through the Bronze Age, Dorian, Persian, Galatian, Byzantine, Arab and WW I allies ruled the  city and it has coped admirably well. The Linea can handle most terrain too, with its typically European ride. There was a degree of body roll, especially in the diesel version, which made hard cornering a tad uncomfortable. The suspension of the petrol version felt tauter and better sprung and was game for the kind of performance on offer. If you insist on a comparison, I can tell you that the ride and handling is a notch over the Mahindra Renault Logan as we know it in India, while the ride quality is better than what is dished  out by most Japanese sedans in its class.

To sum up
So I drove across the Bosphorus a couple of times, drove through exceptionally good Autobahns, scenic B-roads, stopped to admire derelict mosques, paused for cattle on the road, got lost completely, struggled with sign language, ripped the turbo-petrol, cruised the diesel and kicked the tyres. Life was good for me, the motoring scribe. An Italian car (alright, not with horses and bulls on the flanks, still), a city where you can breathe in concentrated history, great roads, nice apple tea and friendly people. Sure, a few more days and maybe a drive to Ankara would have been even better. As for the Linea, this is a make or break car for Fiat not only in India but many other parts of the world. They have a flamboyant product with above average technology going into it. And yes, from the looks of it, they can price it very competitively when they launch the car in mid 2008. Indians have loved Fiat as a brand from the days of the 1100 through Unos and Palios. It is up to the firm to deliver the complete ownership package now.

By the way, please do visit Istanbul once in your life. Turkish Airways can offer a return ticket for just Rs 25,000. My return flight developed engine trouble and made an unscheduled landing in Teheran. Now that is what I consider a bonus.