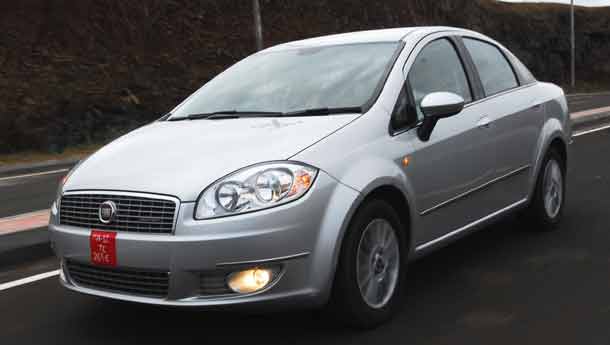 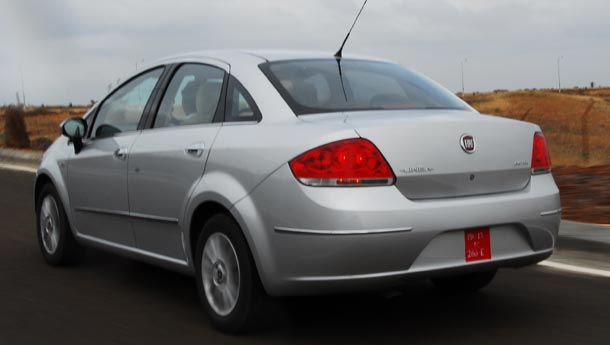 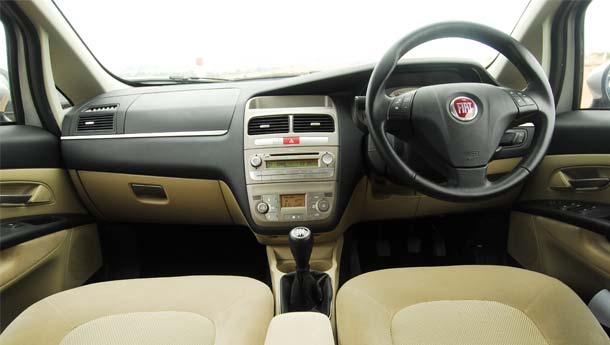 Historically, human endurance has only opened the casket for the next big opportunity. But it has its limits. Ask Fiat India who’ve seen it all in the last 13 years, one that has seen them reinventing themselves every few years. It’s a sordid saga of perseverance and patience, not very different from the character John Clark in every other Tom Clancy potboiler. Except, one’s a fictional account, the other the plain truth.

Fiat really never built any bad cars in India. Rather, they were let down by poor management skills and flawed sense of timing. But you must commend the company for never giving up on the India story, so what if some others packed their bags and headed into the sunset. Slowly, they’ve built up a management structure and production facilities that seem to be making the right sounds. Walk into Fiat’s Ranjangaon plant today and you are greeted by a buzz of activity. Their paint shop is getting ready at one end while Tata Indica DLS and Palios roll off the same line at the other. Excavators are clearing up the earth while 500s roll past, ready for delivery. This is a company trying hard to erase its past, and for once, they seem to have got their next product bang on target. The Linea.

LOOKS AND DESIGN
Most saloons that share platforms with hatchbacks suffer from design integration issues – especially the point where the C-pillar meets the boot. However, Fiat’s style centre has done a praiseworthy job on this Grande Punto with a boot. Based on the Small Common Components and Systems or Gamma platform, developed in conjunction by Fiat and GM, the Linea is nearly half a metre longer than the Grande Punto. The slightly raised nose profile and chequered grille mask the hatchback connection. The headlamps instantly remind you of the Maserati 3200GT, but unlike the Punto are a bit more oriental than Teutonic. There is enough chrome around the grille and the lower lip to add to the rich effect.

The profile probably is the one place that accentuates the size of the car. It looks larger, partly due to the swooping roof, the rising waistline, the large 15-inch wheels and the extra metal that makes up the boot. In fact, if you were to sit with a measuring tape, it’d be longer than the Honda City, the Hyundai Verna and even the Honda Civic and Toyota Corolla. That’s exactly what this car does – give you more metal for your chips. The nice large tail lamps and clean boot with the prominent Fiat logo gives the car a very taut appearance. On the whole, it is a very pretty piece of machinery, one that won’t age very quickly.

INTERIORS
Fiat’s solid exterior has a reputation of influencing the interior design. This is no exception either. The doors close with a solid thunk and the material around the doors are of a slightly expensive variety. The rear seat has decent legroom, though we guess the Honda City still manages to nudge ahead on that count. There is decent thigh and lower back support, but the shoulder support is rather odd, and the headrests have slightly awkward positions too. Rear seat occupants will particularly relish the dedicated rear air vent – a first in its segment along with the rear blind – a variety seen on high end cars so far. The boot is large; at 500 litres, it can swallow large suitcases, but the rear struts do intrude into and reduce the boot’s ability
to carry larger objects.

From the captain’s deck the Fiat does show why this car has the potential to appeal to many. The steering is of the three-spoke variety with comfortable thumb resting points and covered in a nice puffy material. Not only does the steering have audio controls, it also allows you to make and receive calls through the Microsoft Blue & Me system – the USB-out located in the glove compartment. There is a lot of the black-grey material covering the upper half in typical Fiat style. The centre console has a dull silver finish to it, with the stereo and air-conditioning controls doused in the same shade. The controls on the whole feel nicely built, though Fiat’s inconsistent build continues to haunt the Linea as well with some scruffy plastic in the lower half. Where the Fiat shows progress is in the details on the dials with the nice silvery-white face with red and blue making up the dials in what appears to be a very well thought out instrument binnacle.

POWER & PERFORMANCE
For now, Fiat will offer the multijet diesel once the car hits showrooms this month, but within the first few months of the new year, it will offer a 1.4-litre petrol offering as well. India is not new to the 1.3 multijet, what with the Suzuki Swift, Fiat Palio and Indica Vista recipients of the 1248cc block. For the Linea, Fiat have made some significant changes, including replacing the fixed vane geometry turbo with a variable vane variety and changing some of the ECU parameters. Others include increasing the compression ratio from 17.6:1 to 18.1:1, changes to the design of the intake to reduce turbulence while the design of the exhaust manifold allows for fast exhaust of gases. All this has resulted in the liberation of 90 bhp of peak power and 20.5 kgm of peak torque, up from 75 bhp and 19.1 kgm respectively, while being Euro-IV ready.

At first glance, the numbers seem to suggest it to be a quick car, what with the Octavia diesel producing similar horsepower and a mite less torque. But it isn’t. Despite weighing just 1,185 kg, the Linea feels heavier and cumbersome in the way it accelerates. The numbers are slightly disappointing with the tonne dismissed in a yawning 15.9 seconds. Top speed too feels lethargic, letting go off all its steam at 158 kph on our testing equipment, the dial registering closer to 170 kph. Passing speeds seem slightly better, with the 80-120 kph coming up in about 9.5 seconds, but that seems to be one of the few positive parts of the tale where the heavier Octavia not only feels quicker, but has a much higher top speed as well.

The Linea suffers from shorter gearing. The first two gears for instance exhaust their resources at 37 and 70 kph respectively, while the third gear doesn’t really do much than just pass beyond x100 kph. In effect, a lot of time and energy is wasted in revving the nuts off the engine to get moving, but once you do, especially past 110 kph, the car delivers most of the goods. Like any standard multijet engine, the engine feels lethargic up to 1800 rpm, but gets somewhat going post that. Top end is where this car really enjoys itself, but frankly, it is not something you experience on a daily basis. This sort of gearing might be good for short bursts of power, but feel inadequate especially during overtaking moments. Revised gearing and some fine tuning is required if Fiat are to even steal some of the sheen away from the 1.5 CRDi in the Hyundai Verna or the 2.0-litre TCDI in the Chevrolet Optra Magnum.   RIDE & HANDLING
Whenever Fiat have launched a new car, it immediately leaves its impression on the segment in the ride and handling area. Make no mistake, the Linea has the potential to do just that. With independent McPherson suspension and a roll bar at the front and torsion bar at the rear, the Linea is quite the hotshot as far as corners are concerned. There is a slight tendency to roll, but that doesn’t take away from the healthy grip it produces. The car tends to hug the road very well, partially due to the wider 195 section 15-inch wheels on the Emotion variant we tested. The mechanical grip is amplified also by the well weighted steering that loads up just perfectly, while steering feedback is above average. It feels like a much larger car with a longer wheelbase, one which is better than the competition as well. Most drivers will appreciate the near neutral handling that can be comforting for a larger section of the buying public. It is extremely stable under braking and behaves more like cars nearly twice its size.

Ride too is very pliant. On broken roads at slower speeds, the ride feels marginally stiff, but that is also due to the lower profile tyres. As speeds rise, the car feels extremely well tied down with the ride being neither soft nor harsh. Occupant isolation from road inconsistencies is excellent, while high speed stability is quite good too, with none of the bobbing that some of its competition suffers from.

VERDICT
These could be first impressions, but these are very good impressions. The Linea has the right ingredients to put Fiat into serious reckoning. From features to ride quality, from handling to looks, the Linea does create a strong case for itself. Unfortunately the engine is a weak point, something Fiat could do better to make amends with by plonking in the 104 bhp variant of the multijet or possibly reworking the gear ratios. Despite that the car is efficient as well, returning around 13 kpl in the combined cycle, not a bad figure given our test car had yet to completely bed in. If Fiat manage to price it right (we hear it could start as low as Rs 7.5 lakh for the base diesel version), they have every opportunity to strike fear right into the hearts of its competition, who until now have dismissed Fiat as a non-serious player. Having had to endure all the uncalled for comments and wisecracks so far, Fiat have only one way from here. Up!