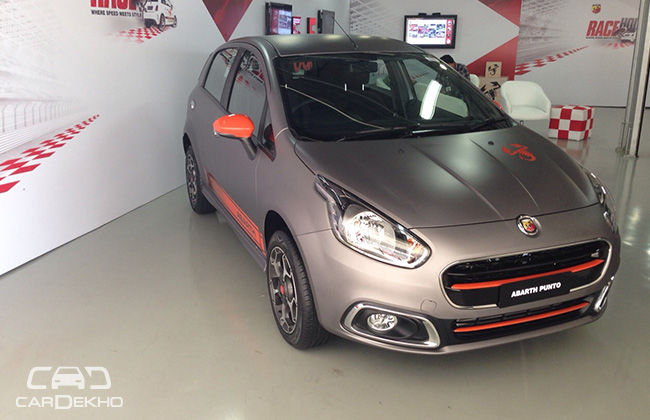 As Fiat has launched Abarth 595 Competizione this morning it has taken the opportunity to reveal the much awaited Abarth Punto Evo as well. The performance version of the Fiat Punto EVO is pegged as a car for the masses because it is expected to be priced under 10 lacs. Though the car looks similar to the Punto EVO, the dash of orange or red indicates towards the serious intent of this car. The initial pictures of the insides reveal that the car is featuring manual transmission, thanks to Fiat for not putting an automatic. 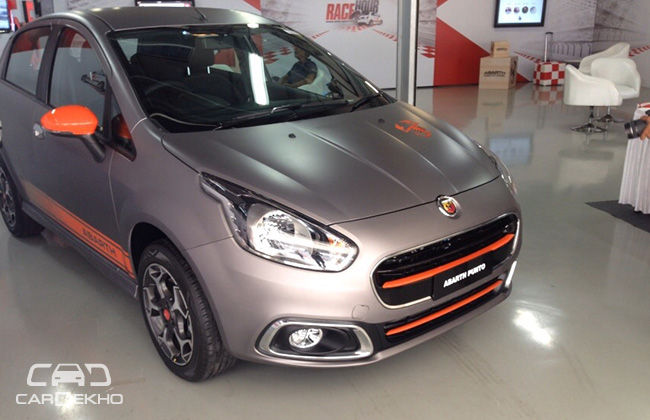 Firstly, it is powered by the popular 1.4 litre T-Jet motor that Fiat has been offering in its C-segment sedan Linea. Only this one is tuned to breath out 145 horses and a torque that could easily rate over 195 Nm. This, my friends, can take you to 0-100 in under 10 seconds, but only if you skillfully shift the 5-Speed manual gearbox. This also makes the Abarth Punto the only true hot hatch in this particular segment and finally we can stop calling the VW Polo GT TSI a hot hatch. Because even with a Kerb weight of around 1100kg it will fall well short in the power-to-weight ratio when compared to a heavier Punto Abarth (could lie around 1200kg as the normal Punto diesel). 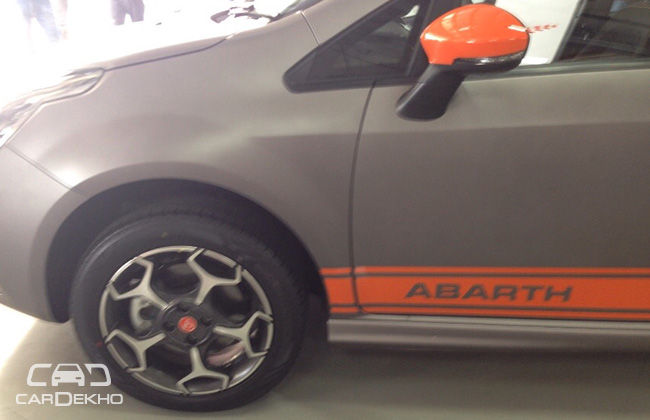 Observing the exterior, the 16-inch diamond cut alloys wheels could be seen with beefier 195/55 R16 tyres. Orange garnishes are all around the bodywork on this one-off graphite matt colored car and adding the extra menace to it. This contrasting color flash on the front grill, on lower front and rear bumper, Abarth decals on the bottom side profile, orange spoiler at the rear, orange ORVMs and the Abarth insignia on the badging, the hood and the tailgate. The car is reportedly dropped down by 10-20 mm. This means, still the ground clearance is a healthy 160+ mm, which is more for a performance car but good when considering our road conditions. Moreover, there are a lot of chrome components that the car retains from the normal Punto, but they are expected to be replaced by something more sporty when the actual launch takes place. There will be very sporty color choices to choose from, an example is this one. 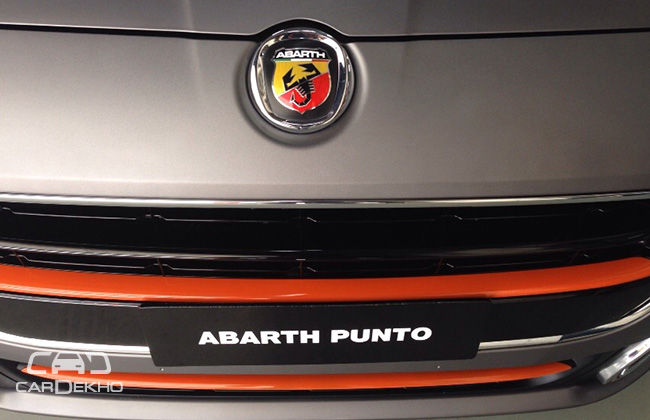 On the Inside, it gets the same interiors as in the Punto EVO, except for the all black interior color scheme, seats that get sporty yellow and red stitching and sportier instrumentation cluster (apparently). Aluminium racing foot pedals for the clutch, brake and accelerator. The steering wheel gets as good as it can get with Abarth insignia on it. 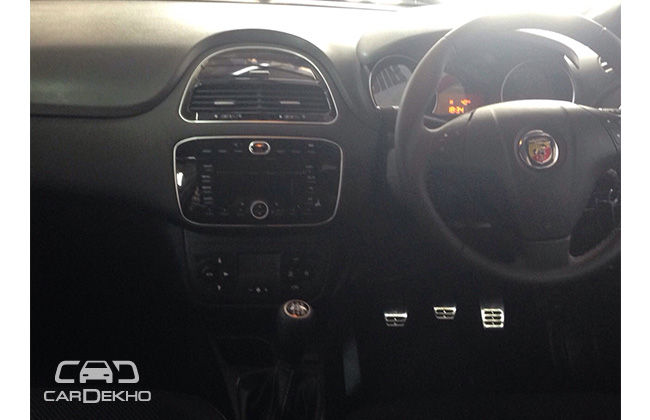 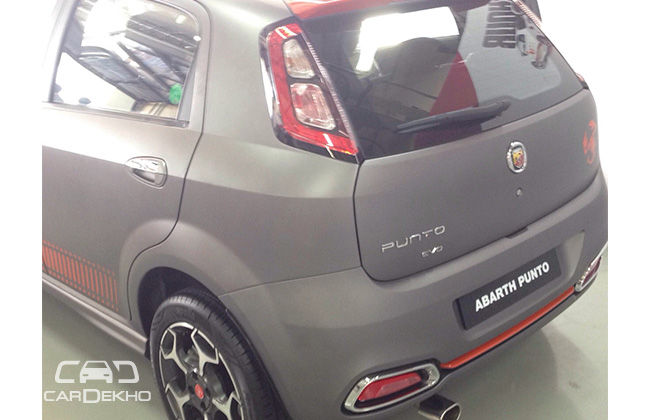 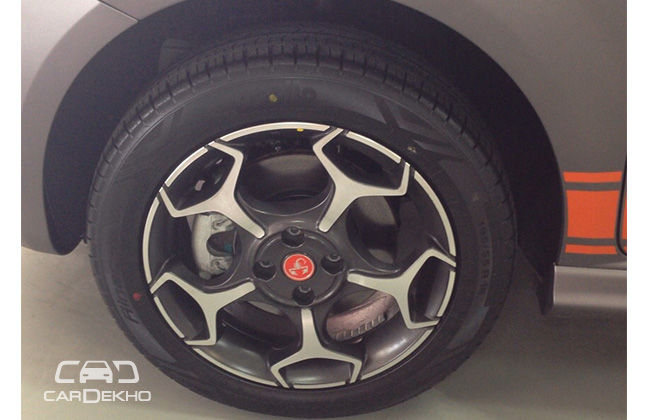 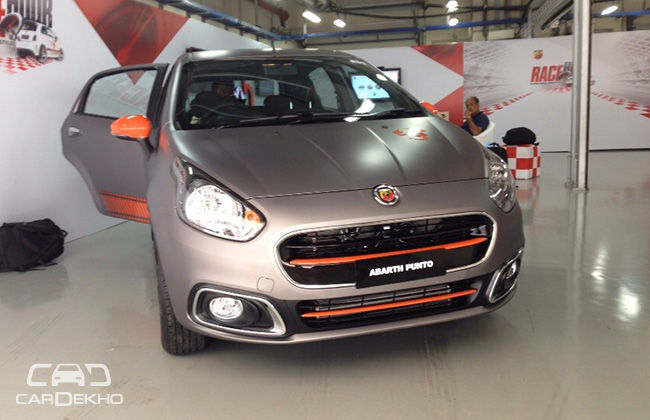