Italian auto maker, Fiat has unveiled the crossover version of its flagship hatchback, Punto at the 2014 Indian Auto Expo. Christened as "Fiat Avventura", it will compete against the likes of Volkswagen Cross Polo and Toyota Etios Cross. (The exact launch date of the car is yet to be announced, but we expect it to hit the showrooms by the festive season). 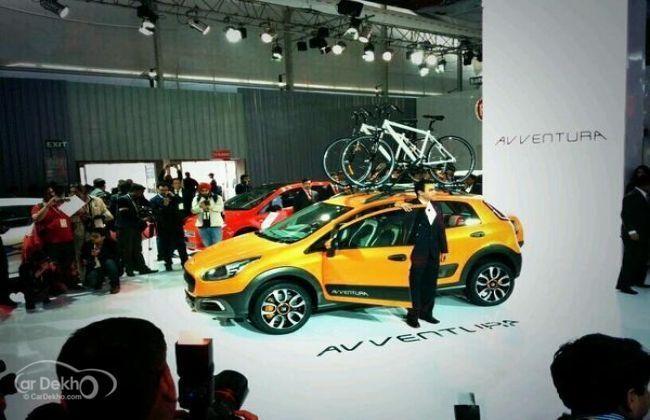 The Avventura gets a tail-gate mounted spare wheel featuring the "Avventura" badge and a handle for a better grip. Its rear door now opens horizontally. The vehicle has lot of cladding along with larger wheels, roof rails and higher ground clearance, which makes it look muscular and aggressive. 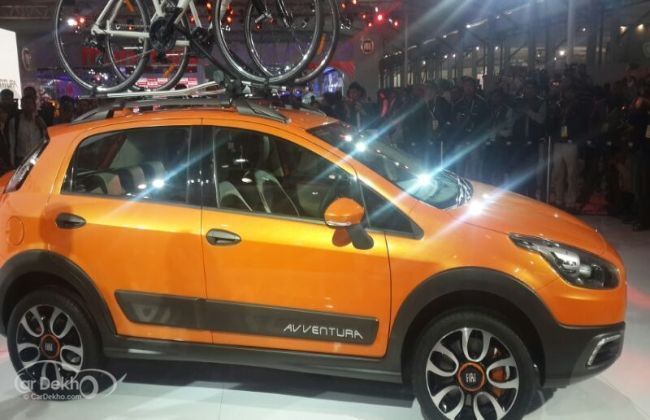 The Cross Fiat Avventura sports electronic traction control, Anti-lock braking system with Brake Assist and others. The Fiat Avventura is powered by the tried and trusted 1.3-litre multijet engine that churns out a maximum power output of 90bhp and 200Nm of top torque. (It also comes equipped with a 1.4-litre FIRE petrol engine which is capable of developing 89bhp of top power and 115Nm of top torque.) Power is transmitted to front wheels via a five-speed manual transmission.