Fiat India has launched the Abarth Punto Evo and Avventura powered by Abarth, which happens to be its steroid infused hatchback and crossover. Both cars have been launched at a price tag of Rs. 9.95 lakh (ex-showroom, New Delhi) Powering these ‘Scorpion Stung’ cars is a 1.4-litre turbocharged T-Jet petrol unit that churns out 145 BHP in Abarth Punto and 140bhp in Avventura. Unlike its elder sibling, the 595 Competizione, the cars get a 5-speed manual transmission and hit the 100 kmph mark from a standstill in under 8.8 seconds (Punto) and 9.9 seconds (Avventura).

Cosmetically, Abarth Punto gets contrasting decals throughout, 16-inch wheels, special paint job and scorpion logo on the hood and boot giving this hot hatch a sporty look, which also helps in differentiating it from the standard Punto EVO. Aesthethic updates on the Avventura are relatively subtle and only showcase "powered by Abarth" logos.

The interiors are done in an all-black theme and the seat fabrics get yellow and red color lining (similar to Abarth logo), adding some sportiness to the interiors as well for the Abarth punto Evo. The car has also been lowered by 20mm for a better ride and comes equipped with disc brakes on all wheels, ABS and EBD as standard. Abarth punto and avventura claim a fuel efficiency of 16.8 and 17.1kmpl, respectively. Talking about its competition, Volkswagen’s Polo GT TSI and the recently updated Ford Figo will be its main rivals. 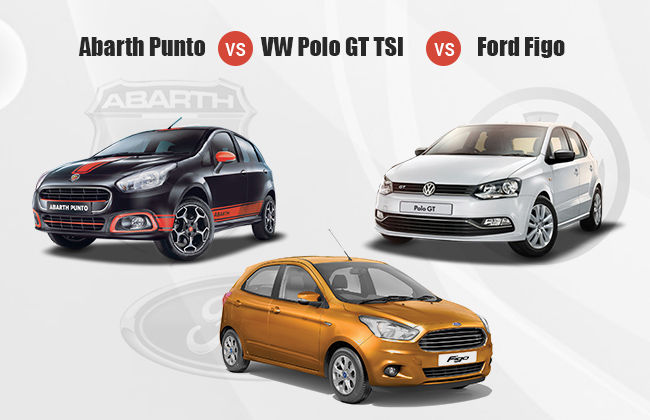 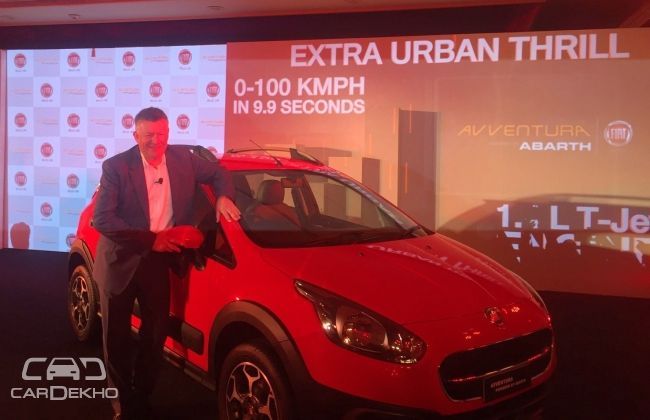