Fiat launched the Abarth Punto and Avventura at an identical price tag of INR 9.95 lacs, ex-showroom New Delhi. But strangely, the manufacturer’s official website now shows increased price of the Abarth powered Avventura, which is now a whisker over Rs 10 lakh. Though, it isn’t a large price hike, but it seems that up till now Fiat hasn’t bothered to make any announcements regarding this increase.

Abarth Avventura and Punto were launched on October 19, and as only 10 days have passed since its launch, this hike is rather unexpected. And would impact those people who reside in cities that impose extra duty on cars over 10 lacs. However, the price hike isn’t much, Rs 5,500 approx, but the lack of communication has caused a stir.

Speaking of the cars, Abarth Punto is the one to receive major changes that include red exterior decals, race stripes, red garnishes on the front and rear, 16-inch scorpion sting wheels, lowered suspensions, etc. While, Avventura only have the wheels in common and gets an Abarth powered badging on the tailgate. 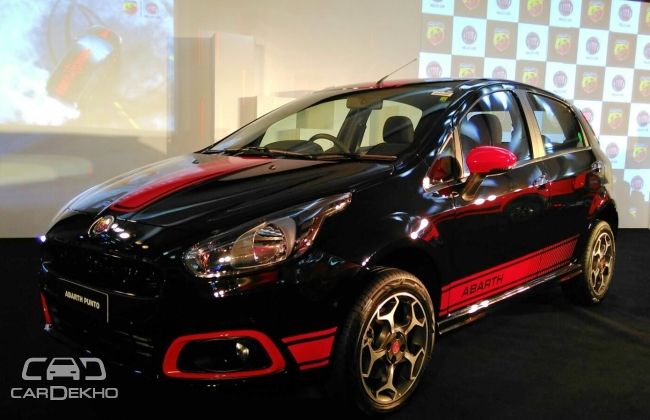 Both the cars are powered by the same 1.4-ltre T-Jet motor producing 145 Bhps in Punto and 140 Bhps in Avventura. Both of these have disc brakes in all four wheels, suspensions are tuned to stiffer setting and get a 5-speed manual transmission.