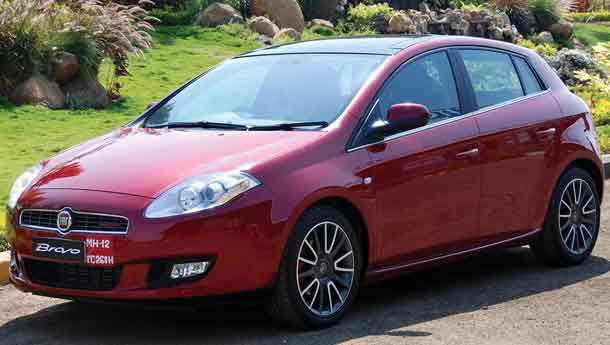 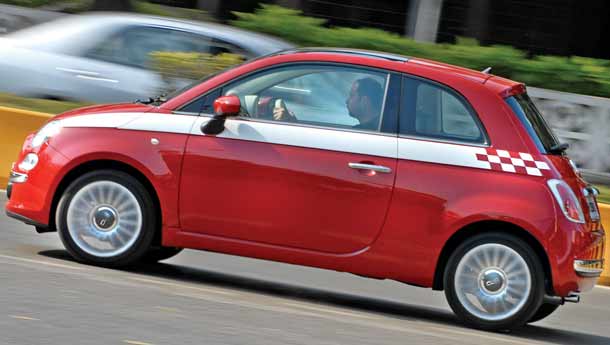 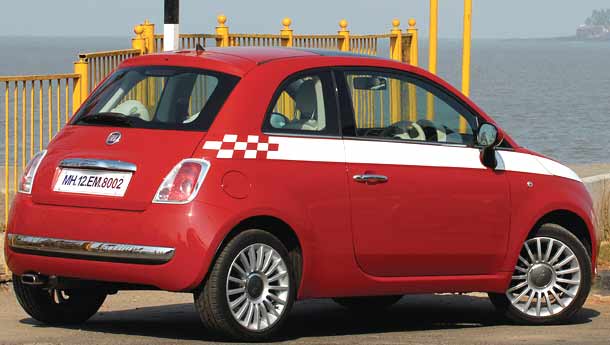 When was the last time a car excited not just a whole continent, but the whole world?
And we are not talking about a supercar that only a handful of people around the world will own, but a piddly little supermini. That too, a retro car that’s riding piggyback on its 50-year old namesake ancestor. The new Volkswagen Beetle didn’t do that, nor did the Mini. Fifty years hence, people will still talk about the classic that was the new Fiat 500.

Even before the car was formally launched on July 4, 2007, the run-up to the introduction was extremely high profile and aggressive. As a motoring journalist, I was subjected to a surfeit of updates on the 500 and it was as close to getting over-exposed as possible. Still, setting my eyes on it for the first time in the flesh, in Fiat’s spanking new facility near Pune, all that hype disappears. Wearing a typical classic red-and-white paint scheme, the 500 looks every bit a superstar. Somewhat like Kylie Minogue, a pint-sized piece of dynamite. Words like cute, cheeky and irresistible just roll off the Cinquecento’s smooth external surfaces, while the interior treatment is nothing less than jaw-dropping. And then I laid my eyes on the Bravo.Fiat’s large hatchback competes with the establishment in Europe in the form of the Volkswagen Golf, Ford Focus and Opel Astra. And Fiat figured the best way to do that is to pretend it’s a Maserati. Seriously, remove the Fiat badging and replace it with the Trident, and you would find nothing out of place. Styled by Fiat’s Centro Stile, the Bravo is sleek, sporty and virtually redefines the category with its styling.

Fiat had brought down these two cars to accompany the two Ferrari Scagliettis that are currently touring the country. But more importantly, both the 500 and the Bravo are ready to be sold in India. No, they won’t be assembled at Ranjangaon, but will be brought in as imports. Hefty price tags then? You bet. How much? You’ll have to read on.   I got a chance to sample both cars between Pune and Mumbai. Sitting in the Bravo, I am taken aback by how Fiat’s interior designers have tweaked around all the elements that go inside a car. The interiors are a juxtaposition of various forms, surfaces and textures that make it a happy place to live in. Add a glass roof that covers virtually the entire top of the car, and you’d realise that this is a pretty unique large five-door coupe. The driving position is classic Italian, which you’d find in Alfa Romeos of yore, with your arms stretched out and legs tucked slightly in. This Bravo here had the 1910cc inline-four turbodiesel, developing 150 bhp at 4000 rpm and a superb 31 kgm of torque at just 2000 revs. The common-rail engine was paired with a six-speed manual transmission that transferred the power to the front wheels. There is no mistaking that it’s a diesel that’s doing duty up front, considering the slight nose-heaviness and of course, the initial clatter before it warms up.

Soon, you warm up to it. From the moment you shift to first and press the accelerator pedal till the time you’re downshifting for a corner, you don’t want to let up. The engine is engaging despite being a diesel and has not lost any of its Italian character because it drinks the oily stuff. The gearshifts are quick and snappy, and do a great job of extracting all that torque from the motor. The Bravo feels more like a sporty three-door coupe when you’re behind the neat three-spoke steering wheel and in keeping with its personality, is well-planted on the curves and genuine fun to drive. The ride quality is also surprisingly good on our roads, despite being shod with 225/45 R17 rubber around those gorgeous grey-black alloy wheels. This is a car that you can throw around corners for the sheer fun of it and revel in your daily commute.

The 500 on the other hand is more about appearances rather than genuine flat-out driving or corner carving. The car that I drove had the familiar diesel motor that will be seen in cars wearing badges as diverse as Suzuki, Fiat and Tata. The 1248cc four-cylinder turbodiesel, with 75 bhp at 4000 rpm and 14.8 kgm at just 1500 revs, may be famous, but in this application, it’s not the biggest talking point. The rest of the car is. Besides, I just couldn’t come to grips with the fact that this cute little car is powered by an oil-burner. I would prefer the 100 bhp 1.4-litre petrol engine instead.   Still, the 500 is an extraordinary little machine that has made me take back all my negative opinions on retro cars. Sitting in the driver’s seat, the instrument console and the entire dash is an amazing work of design and ingenuity... it really is very clever. Pardon my gushing, but making plastic surfaces resemble painted metal and instruments to bring back the 1950s is something Fiat has achieved without it looking cheesy. As mentioned before, the diesel may have been voted as one of the greatest engines in its category in the past and does a good job of propelling the little Cinquecento ahead, still, a revvy, smooth petrol engine is my idea of the ideal 500. As expected, the 500’s dynamics belie its size – it rides quite well and handles what you throw at it without a fuss.

Essentially it is a fun car to pilot in its own way, but not as much fun as the Abarth version is touted to be.We estimate that you’d need to pay over Rs 13 lakh for the iconic 500 and a whopping Rs 23 lakh or more for the Bravo. Now why would Fiat introduce cars which are hopelessly overpriced for our market? Simple, it’s all part of the strategy to get people used to the idea of the rejuvenated Fiat, you know, kind of set the stage for the impending launch of the Linea sedan and Grande Punto hatchback. Even if the Italian manufacturer sells a handful of 500s and Bravos in our country, they will do the job of showcasing Fiat’s renewed might in putting together some brilliant, good-looking machines.