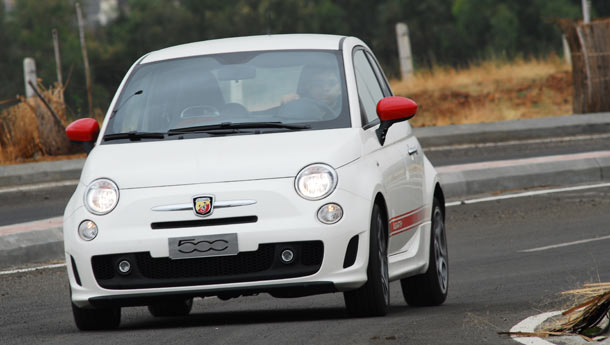 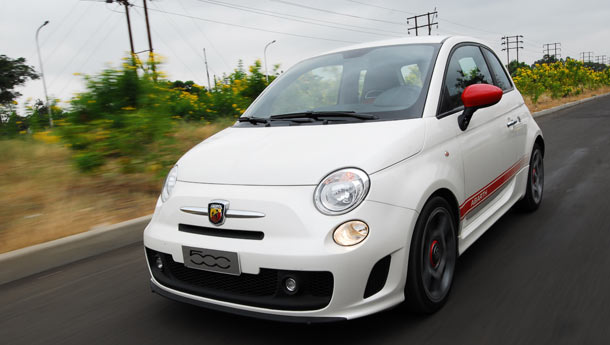 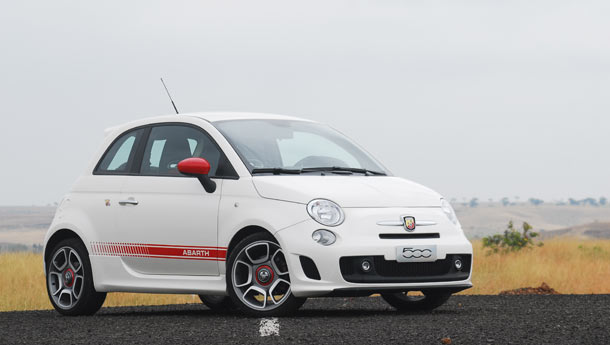 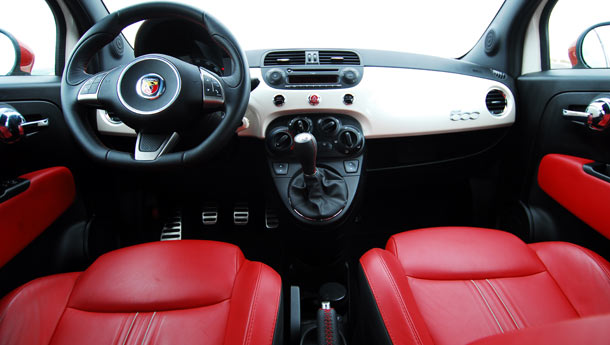 Exotic car companies generally harp about how limited production runs of their cars propel them to some sort of elevated status. Like Horacio Pagani talks about how they struggle to keep so many moneyed people at bay as they go about selling 25 Zondas a year. Morgan and Bugatti are no different. So you probably think driving something exotic that can turn heads and still look like Danica Patrick shedding her clothes for Sports Illustrated means you need to be a top flight exec with an American finance firm, drawing bonuses that cause a slight uproar in the White House. Well, you actually don’t, but you still sort of need to give an arm and a leg for this – the Fiat 500 Abarth.

You wonder why Fiat didn’t get this to India instead of the Multijet that feels as blah as a serving of minestrone soup, especially after you look at it. Seriously, if this isn’t the most beautiful looking limited edition version of a mass production premium hatch, apart from the John Cooper Works Mini, I don’t know what is. I love the Japanese flag because red on white never looked so gorgeous and generally if more of our friends from the Orient drove one of these, the Order of the Rising Sun will just land up in their postboxes. And then there are those Scorpion badges. I don’t know if Fiat purchased them at a Home Depot clearance sale or not, because at last count, I must have run my fingers over at least ten of them. But it looks spectacular; enough to cause a slight wobble in anyone’s knees. And as Pablo experienced first-hand in Italy with the Punto Abarth, it can even steal the thunder from a limited edition Lamborghini!

So Abarth then is the ‘other’ God in the details department. Because on the inside, it doesn’t look like another Euro-hatch. It’s got enough fine leather and stitching in the bloodiest of reds you could imagine. The dash of white, albeit in pearl finish, fills up the central portion of the cockpit console. The steering feels nice and meaty and feels like some of the stuff we’ve found on Ferraris. The Abarth also has some rather neat trickery. Like a gear shift indicator that reminds you to upshift or witness pistons popping through the bonnet. Or the Dualdrive steering system that changes steering feel at the press of a button. On the whole the feeling is nice and snug on the inside and you wonder if a roll cage would have sweetened the deal.As saccharine as it is on the inside, this one behaves like a sugar bomb once you get behind the wheel. When those body hugging seats and nice-to-hold steering have done their bit at elevating your excitement, you just twist the key and wait for some nice sounding notes to filter through the firewall. Instead it feels a bit like a diesel, slightly clattery when cold. But nail the throttle with the engine all warmed up and it starts to scamper like a pack of wolves on a cold wintry night. There is instant shove once the turbo kicks in from the 135 bhp, 1.4-litre T-Jet, while turbo lag took a visit to the psychiatrist. In short, there’s none of it and just constant power kicking your rear sides for not respecting the car enough.

In fact, respect for the car rises by a factor of infinity as you start to push it into corners. With the minutest traces of body roll and unbelievable amounts of grip from the P-Zeros, the Abarth is like a go-kart. The steering can feel precise at first as you reach for the Dualdrive’s feelier setting, but you soon enough realise that it’s like the X-Box force feedback controller that doesn’t actually give you accurate feel. What it does however feel is a tight car with good body control and very good weight balance. Even the ride quality is quite decent for a car this small; of course it does get a bit crashy when the car hits big undulations.If you really don’t bother about things like ride quality, this is exactly the car you should have if Pagani Zondas are a couple of decades away. Alas, Fiat India can’t provide any for now since all the 5,000 units of the limited run have been spoken for. Unless, of course, Fiat India act smart and start working on gaining production slots for the current year right away. It’ll probably cost Rs 20 lakh by the time you pay that cheque and get the turbo spinning into another zone. But when you turn up at a traffic light and have more heads turning in your direction – rather than that Italian exotic – you will realise it’s an investment well made.