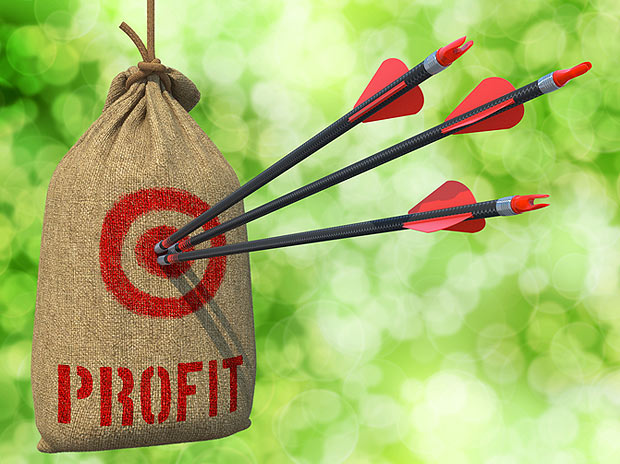 Corporate India may once again disappoint the bulls on the Street with a subdued earnings season for the June-September 2016 quarter. The combined net profit for National Stock Exchange's Nifty 50 index companies is estimated to grow by a modest 3.1 per cent year-on-year (y-o-y), better than 2.7 per cent y-o-y decline during the preceding quarter but significantly worse than the high of March 2016 quarter.

The combined net sales for Nifty 50 companies are expected to inch up 3.3 per cent y-o-y during the second quarter, in line with growth in the previous two quarters. Like the previous few quarters, earnings growth is likely to be led by manufacturing companies such as automakers and cement firms besides oil and gas marketing companies (OMCs) such as Bharat Petroleum Corporation (BPCL) and GAIL.

While automakers such as Eicher Motors, Maruti Suzuki, Tata Motors and Hero MotoCorp will gain from recovery in sales volume and lower raw material costs, OMCs will continue to benefit from lower crude oil prices and fuel subsidy.

State-owned Bank of Baroda and aluminium producer Hindalco are likely to be star performers during the quarter. In comparison, large public sector and private sector banks and upstream energy producers such as Oil and Natural Gas Corporation (ONGC) will continue to drag corporate earnings.

For example, the Nifty 50 companies' combined net profit, excluding banks and financials, is likely to grow by 10.3 per cent y-o-y in the second quarter, a sharp improvement from 0.7 per cent decline in the first quarter.

The combined net profit of Nifty 50 companies, ex-bank & financial and energy, is estimated to grow by 9.8 per cent y-o-y during the second quarter against a 5 per cent decline in the previous quarter but a sharp deceleration from the highs of March 2016 quarter of 34.9 per cent. The analysis is based on the June-September 2016 quarter earnings estimates by equity brokerages including Kotak Securities, Edelweiss Securities, Antique Stock Broking, Axis Direct, Motilal Oswal, IDBI Capital, Elara Capital and HDFC Securities. For banks and financial firms, net sales are gross revenues net of interest expenses, while for others it's total income from sales of goods and services (net of indirect taxes). Profits are reported net profit and may include exceptional gains and losses as estimated by brokerages.

Analyst expects broader sample of companies to report better numbers than those of index companies. For example, rating agency Crisil expects revenues of companies in key sectors - excluding BFSI and oil companies - to rise 7 per cent in the second quarter, making it the second-best showing in six quarters. Crisil expects Ebidta, or operating margin, to go up 50 basis points (bps).

The commentary from various brokerages suggests cautious optimism on the Street. "The level of profit growth is expected to remain subdued, but the sectoral trends are encouraging. Distressed cyclical sectors of past two years - metals and domestic investment companies - are expected to clock profit growth in teens or even higher. Even for banks, asset quality stress is unlikely to inch higher. However, improvement in these sectors is likely to be offset by poor or slowing growth in FMCG and IT, which are expected to report low mid-single digit profit growth," writes Edelweiss Securities' Prateek Parekh in the firm's report on second quarter earnings estimates. The brokerage expects a profit growth of 6 per cent for its universe of 200 companies.

Kotak Institutional Equity expects the combined net profit of its universe of 174 companies to increase by 15.3 per cent y-o-y in the second quarter, led by sharp increase in profits of downstream oil companies. "We expect y-o-y growth in net income (profit) of automobile, cement, consumer products and industrials sectors. We see banking sector dragging overall earnings as companies in the sector are likely to make high provisions for bad loans," writes Kotak's Sanjeev Prasad in the firm's Q2 earnings estimate report. The firm expects net profit of the BSE 30 companies to grow by 4 per cent y-o-y during the second quarter.

Some others are more cautious. "Leading indicators such as corporate tax collection suggest flat to negative earnings growth for Nifty 50 companies in the second quarter. Government corporate tax collections during the July-August 2016 period was down on y-o-y basis, indicating the stress on corporate profitability in the system," writes Dhananjay Sinha, head, institutional equity, Emkay Global Financial Services.

This will further widen the index valuation and the underlying fundamentals. "The Street was expecting 15-18 per cent y-o-y growth in the earnings of Nifty companies to justify current valuations. Bulls mat be disappointed by the end of the earnings season," adds Sinha.