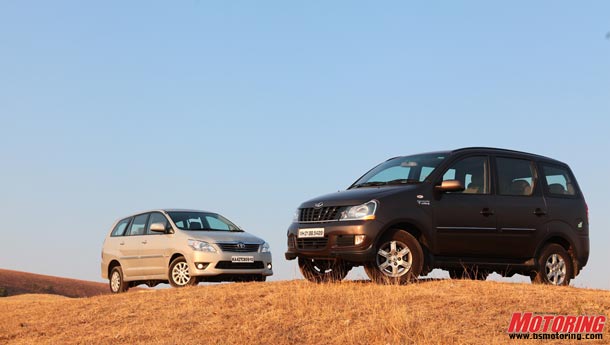 The festive season seems to have brought some cheer to automobile companies with most showing a sale rise last month.

Sales for Maruti Suzuki rose 15-17 per cent during Onam, Ganesh Chaturthi and Dussehra this year, over what was reported during these festivals last year. Toyota Kirloskar Motor and General Motors recorded month-on-month growth rates of around 10 per cent.

Mayank Pareek, chief operating officer (sales & marketing), Maruti, says initial signs during this festive season have been very good. “We have recorded 32,000 bookings for the new Alto 800 within two weeks of launch. We are enthused by the response, particularly because it is an entry-level petrol car. Excluding the Alto, we have seen fresh bookings go up by 18 per cent and have an order backlog of 125,000 units for the Swift, DZire and Ertiga,” he said.

In general, petrol car sales had declined by 20 per cent, while those of diesel vehicles had increased by 40 per cent between April and September. Maruti expects to perform much better in the coming quarters after the flat growth in the first six months of the financial year. It grew 0.03 per cent to sell 473,218 units between April and September despite the low base of last year. Pareek adds, “Overall, the passenger vehicle industry has grown by 6.9 per cent in the first two quarters. We expect the second half to be much better, given that all the major festivals and corporate and pre-budget purchases will happen now.”

Hero MotoCorp, market leader in the two-wheeler industry, also has good news. “We have witnessed a good surge in demand this festive season and are optimistic that this would continue. Customer response to our strong brands like the Splendor and Passion, as well as our new launches, has been excellent. We have retailed over 350,000 units in the 15 days of the festival so far,” informed Anil Dua, senior vice-president (marketing & sales).

With two new launches each, Honda Cars India and motorcycle maker Bajaj Auto are confident of revving volumes in the coming months. While Honda has already sold out the first production batch of 300 automatic transmission variants of the Brio, Bajaj has sold 40,000 units of the recently launched Discover 125 ST.

“We have grown by nine per cent over Dussehra last year. Overall sales in October will be flat because Diwali is going to be in November. But we will gain market share in the third and fourth quarters,” says K Srinivas, president (motorcycle business) at Bajaj. The company had recorded a dip in sales for all three months in the second quarter.

FESTIVE FERVOUR
Most auto companies have recorded an increase in sales MARUTI SUZUKI Recorded 15-17% increase in festive sales during Onam, Ganesh Chaturthi and Dussehra compared to last year
New Alto bookings stand at 32,000 units
Has additional bookings of 125,000 units for Swift, DZire and Ertiga TOYOTA KIRLOSKAR MOTOR Posted a decline of 5.4% in sales in September, is expecting a growth of 10% in October. Customer enquiries have gone up 15-20% during Dussehra HONDA CARS INDIA Has got good response for new launches Brio AT and City CNG
Has sold out the initial lot of 300 units of Brio AT
Expects strong double digit growth in October. HERO MOTOCORP Has retailed over 350,000 motorcycles and scooters in 15 days of the festival in October BAJAJ AUTO LIMITED Has recorded a growth of 9% this Dussehra as compared to the festive period last year
Has sold 40,000 units of recently launched Discover 125 ST and 12,000 units of Pulsar 200 NS and Pulsar 220 during the month

Jnaneswar Sen, senior vice-president (sales & marketing), Honda, says, “We will post robust double-digit growth numbers in October on the back of our new launches. Sales are expected to be in line with that recorded in September.” Honda Cars India had grown volumes by nearly 16 per cent to sell 5,508 units last month.

Sandeep Singh, deputy managing director, marketing, of Toyota Kirloskar Motor presents a contrarian view. “Though enquiries went up by 15-20 per cent, conversion has been slow. We had expected better results but could grow only around 10 per cent in October over last year. In the passenger car segment, people can afford to defer purchases. High interest rates are hurting sales.”

General Motors offers a similar argument. “Despite the government announcing a spate of reforms, none of the prevailing conditions have changed for the auto industry. In a country where 85 per cent of vehicles are bought on finance, sentiments won’t improve unless interest rates come down. The passenger vehicle industry is most likely to grow by two-three per cent this fiscal,” says P Balendran, vice-president, GM India. The company sold around 72,000 units between January and September and is hoping the premium hatchback Sail (slated for launch on Friday) would shore up numbers.