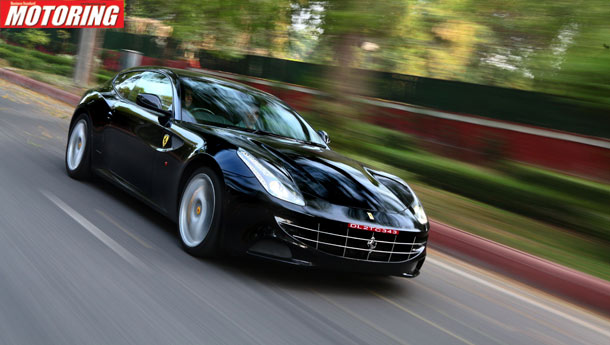 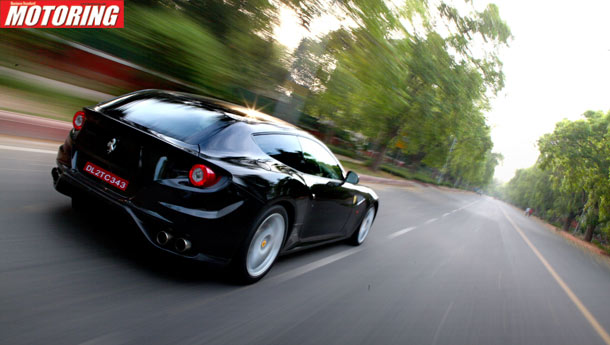 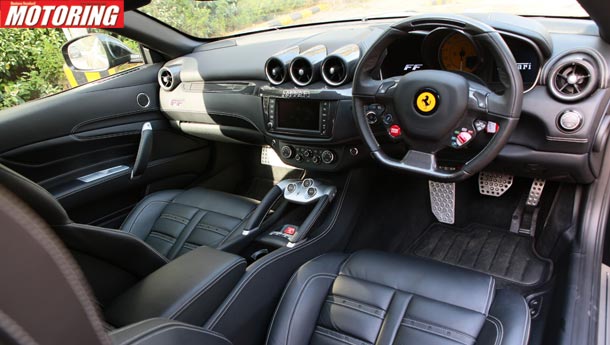 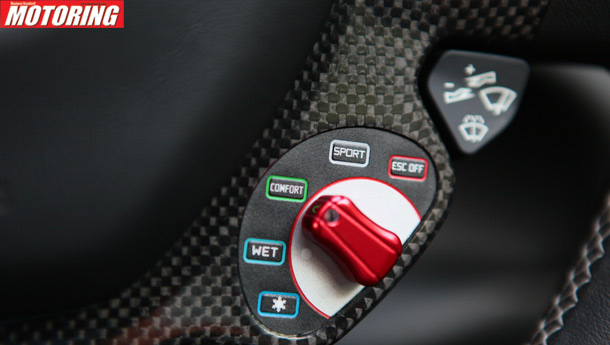 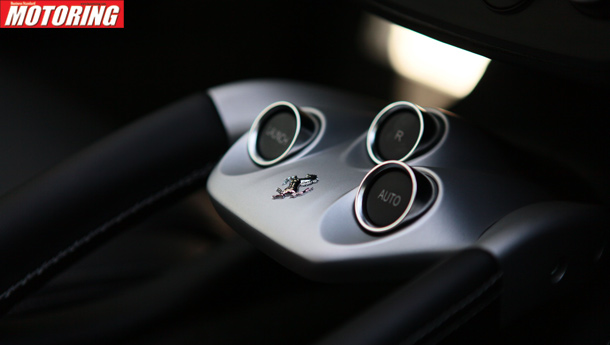 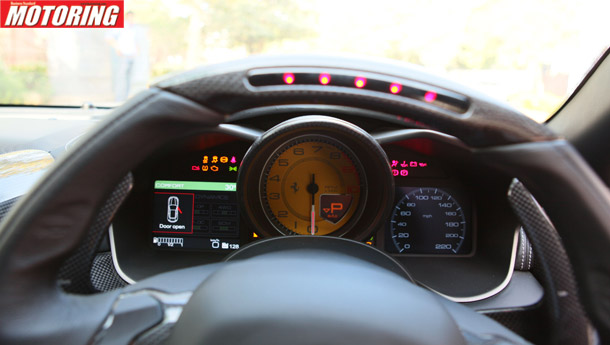 Bam” into second, another “bam” into third followed by a very quick “bam” into fourth, the speedo needle arcing northwards of 160 kmph. The revs were climbing fast — 5,000, 6,000, 7,000, 7,700... and then the stewardess’ voice crackled, “Sir, veg or non-veg?” I woke up, completely startled, my brows drenched in sweat and my right arm stretched out as if it was yearning to have yet another go at the paddle.

The late evening flight was halfway between Delhi and Mumbai, but my head was wilting under the constant sound of a V12 bark and the gearbox exploding from right behind me. The FF makes its predecessor, the 612 Scaglietti, feel docile. I had driven it just a few years ago, and at that time, I had said that it “had this ability of shrinking continents, wiping its brow and then asking ‘What’s next?’” Hmm, it’s slightly embarrassing to read that now, especially after having spent quality time with the new FF. The benchmarks set by the Scaglietti are now as relevant as the shredded rubber scattered around at Fiorano.

Fifth gear, it seems, is what makes the FF a Ferrari, when the front axle gets de-coupled and power shoots straight to the rear — a Ferrari you and me know; a rear-wheel driven one. Strange why Ferrari would go four-wheel drive, but the boffins at Maranello seem to use words like ‘traction’ and ‘snow’ to justify their first ever four-wheel driver.

If that’s not controversial enough, Ferrari went ahead with a design that’s hard to love and then made it a fastback. Okay, so traditionalists hate such moves, but it isn’t so bad. Step inside and a full-grown 6-foot adult can comfortably lounge in the back seat, while someone a little shorter sitting in the front seat won’t have his knees running through his ears. It’s also quite well built, I must add at this point, especially if you’ve just stepped out of an older Ferrari.

There isn’t much to complain about, except maybe the slightly complicated multi-function display on the instrument panel, with its out-of-sight controls. Of course, stepping in is also a way to avoid a debate on how it looks on the outside. I’m still to get used to that gaping grille, although in black the overly fussy details do get hidden. And for those who think the fastback is a bad idea, history is replete with several Ferrari V12 fastback one-offs that probably devastated the innards of many an enthusiast; so the FF isn’t alone.

The looks may not be synapse numbing, but mash that throttle and the gods will want to reserve your place in heaven by delivering the news in a velvet-lined envelope. There’s no doubt that a Ferrari on upshifts can rival a tenor like Pavarotti in pitch and tone. As a wise man once said, a Ferrari V8 sounds awesome, but a V12 is from another planet. Drive it in comfort mode and it feels like a large limo, restrained and ambling along, as if it’s too busy trying to strike a conversation with other vehicles around it. Turn the manettino to CST and the character changes, first with a bark and then a slight jiggle before it pulls you closer and closer to the next traffic light at warp speed.

It’s at this point that traditionalists and commentators talking about the ‘prancing horse losing its sheen’ will want to give it a re-think. Sure, it doesn’t tear the corneas off your eyes, but be prepared to have a pain in the small of your back if you keep gunning it all day long.

Cycling through the gears, you realise how quickly this car gets to its redline and how much it’s progressed over the Scaglietti. Hitting the redline in the Scag was a moment that still stays strong, maybe because it was my first Ferrari V12. But with the FF, it’s a blur. Even catching a glimpse of the redline moment requires immense concentration. There’s so much shove past 5,000 rpm, all the way to the mystical 8,000 revs, that reflexes can’t adjust to this change of speed. Accelerating out, there is nothing on the audio front to beat a Ferrari V12 and the harder and faster you go, the more you want to stay in the meat of the 70 kgm of twist that never keeps you far from the redline. Performance numbers reveal an acceleration time of 3.7 seconds to 100 kmph, while 200 kmph comes in 11 seconds, but none of them actually tell you how brilliant the FF becomes when you step on the throttle.

Ferrari has hit a six as far as performance goes, but how does it handle? To dissect the four-wheel drive gear, one must understand that there is no centre differential. Instead, you get two gearboxes, one that drives the front wheels and the main gearbox that houses the seven-speed dual clutch number. The front wheels are linked to this gearbox via half shafts that transmit no more than 20 per cent of the engine’s torque; the front wheels boast of a torque vectoring system.

In effect, the clutches for the front gearbox have some slippage to ensure front and rear wheel speeds match. Effectively, the clutches stay open when the ECU thinks that you don’t need traction at the front wheels, based on several factors, and if you are in fifth, sixth or seventh gears. As Ferrari puts it, the four-wheel drive system is for traction and not grip and effectively using such a system saves the FF 30 kg. Phew! It’s still quite complicated, mind you.

Yet, despite its complexity, it actually works in keeping that handling balance intact. There’s better acceleration off the block, but as the speed rises, you can feel the delicate inputs change the car’s posture. That’s exactly what makes it a Ferrari. Unlike the Lamborghini Aventador, for instance, the steering is direct and has quite a feel going for it. It retains a texture and feel that is still noteworthy in a day and age where steering systems are accurate, but aren’t talkative enough. Dive deep into a corner and the FF has remarkable composure, yet that ever so slight ability to offer a bit more adjustability at the limit that keeps it true to its roots.

Because the engine sits aft of the front axle and the four-wheel drive system is situated so low, the 50:50 weight distribution makes the car one with the driver. Despite the new 4RM four-wheel drive system, it still steers like a rear-wheel driven car, but with close to nothing in terms of understeer that afflicts typical all-wheel drive cars. Yet, it seems, putting it out of shape is rather difficult. The only corners I encountered were one of several roundabouts in New Delhi, but even through those, it became clear that the FF is quite a few leaps up on the Scaglietti.

In comfort mode the car doesn’t jerk around or transmit tranny knocks like most other supercars do. Okay, so it lacks the purity of a regular automatic tranny, like the one on the Aventador, but remember, the FF is designed to be a tourer, not a vicious supercar. Despite its dimensions, the FF tends to wrap around the driver in a jiffy, something many first time Ferrari owners would quite appreciate. Except probably when they turn a corner too late, realise it a fraction later and fumble to engage the indicator buttons that are on the steering wheel.

A minor blip in the tale of this four-seat GT is that it will set you back by over Rs 5 crore, on-road Mumbai. But if you can ignore the stratospheric price tag, what you have in front of you is possibly a GT car that has no parallel in the motoring world. Make no mistake though, it’s as much a Ferrari as purists secretly hoped it would be. A brilliant one at that. Wonder what I’ll say when the next V12 Ferrari GT comes up...