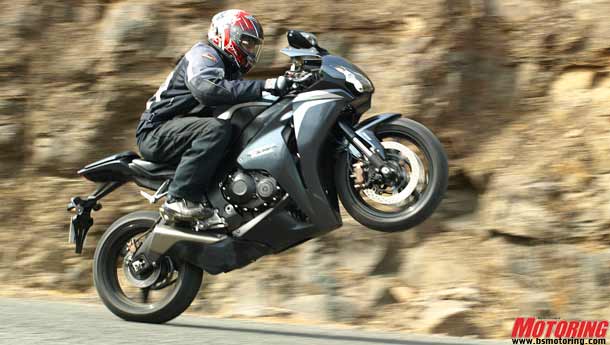 When someone I knew sold his 2005 Suzuki GSX1000R recently, I wondered why. It's a brilliantly fast motorcycle and this one was rather meticulously maintained and had acquired a relatively decent number of miles on the clock. The rider isn't a track-regular though he does go scorching mountain roads as often as he can. Fair enough.

However, when he announced his plans to go in for a new GSX1000R, I thought he was being a bit stupid. I mean, here's a bloke with an immaculate motorcycle that he himself says he's only ridden to about 60 per cent of its limit and 95 per cent of his. And then, to upgrade to what? Rather, as is the essence of this blog, for what?

The thought hung around persistently. And then, another friend of mine who drives a Swift Diesel in white with a lot of go-faster elements told me, while we were cruising in the bylanes of South Mumbai that he was selling the car. And buying the new Swift Diesel. In white. So it wouldn't be immediately apparent that he'd bought a new car. First to be ticked off the list was 'He's Parsi, so heck!', but that was also the last on the list. There was more meaning to this than I was being able to interpret. And then, as is the case with all my blogs, the lights came on

This time, the answer came from a very unlikely source – the iPhone. You see, over a loose chat with the BSM gang about the new iPhone 5 or some such, the consensus was that the first iPhone, the one after that, and the one after that, are now a waste of your time and money and have 'dated' written all over them in big red letters. Harsh as it may sound, it's true.

Now I'm not saying the 2012 Gixxer has a lot more in terms of features than the one made in 2005, no. This is a slightly bigger picture than you were expecting. It's got something to do with riding an up-to-date motorcycle. There's a remarkable (in terms of quality) if not gigantic (in terms of quantity) difference in the mannerisms, the day to day behaviour of the two motorcycles. To the untrained hands (mine, for example), even a CBR 954RR provides a massive rush although to someone who rides a 2011 superbike on a comprehensive note , the 954 is fat, not very pretty and about as 'current' as tinned juice months past its expiry date.

On a more scaled down (and hence much more connectible) level, I'll present the example of my daily runner, a 2005 Karizma which I acquired in 2010, and is currently through about 40k km on the digital odo. Its present-day alter ego will be, of course, the Honda CBR 250R. Premium pricing, the fastest on the scene but not necessarily the sharpest. And the difference between the two motorcycles is no secret.

Nine times out of ten, I ride the Karizma in a manner you'd liken to someone who is on fire. And on the run from some dinosaurs. And when the opportunity presented itself to go nuts on the CBR, I didn't hold myself back. Everything on the CBR – the brakes, the chassis, the suspension, the feel of the motor and the controls – felt several generations ahead. This means when faced with an opportunity to sample a performance motorcycle, I instinctively find myself on the verge of gushing, only, since I'm already aware of my state, to catch it in time. The solution is to, obviously, get my hands on a fast, contemporary motorcycle, like a KTM Duke 200 or the CBR 250R. Now to plan that quick bank robbery and getaway on the Karizma.