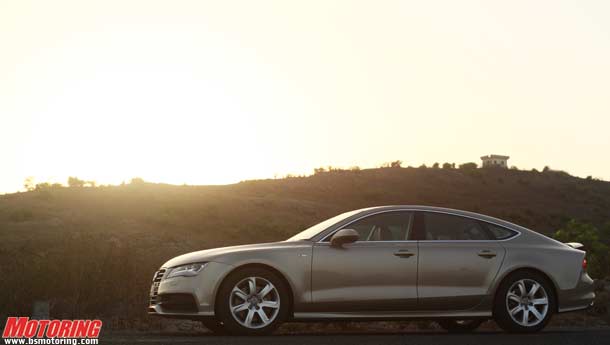 I'm not the bean counter man. Nor am I a soothsayer. But this is what I feel about the 2013-14 Union Budget. It's a damp squib for the auto industry and one more year of flat or slightly negative growth awaits. Here's why:

1. They've defined the SUV and understood that SUVs need to be taxed since that segment has been growing at break-neck speed. Excellent. Except their definition of the SUV is flawed. It means anything with an engine above 1500cc, length greater than four metres and ground clearance higher than 170 mm. By that definition, a whole bunch of sedans too exceed those specifications; the Maruti Suzuki SX4 petrol and Toyota Corolla petrol for instance since they meet all three criterion.

On one hand, we were led to believe that the government wanted to reduce the price differential between diesel and petrol vehicles, on the other the very norms make the case for diesel even stronger in the minds of consumers. However, the good news is, the number of cars that get affected are small, so many luxury cars, like the Mercedes-Benz E-Class or the Skoda Superb will be spared. A few MPVs like the Ertiga too will be spared because they have engines smaller than 1500cc. Is the sub-1500cc MPV, irrespective of the 4-metre length a prospective winner with matters going ahead? We'll have to see how the industry reacts to it, but expect cars that miss out on the lower excise bracket of 27 per cent, instead of the revised 30 per cent because they are a few mm higher on ground clearance try and circumvent the rules. 169 mm could become manufacturers new best friend!

2. The government is going hard on the Europeans. Literally all of them in the luxury car space have a significant chunk of CBU business with the rest being assembled here. By increasing CBU duties for a second year in a row, the government is making it clear; we will increase taxes until the EU-FTA is signed a few years from now. So if the duty is cut by half if it's signed by say, 2017, the effective duty paid will still be at 2010 or 2011 levels, which is still significant enough.

The government is making it very clear, they don't want their coffers to be affected and that the 'super-rich' will continue to buy luxury cars and large capacity motorcycles, one way or another and their appetite isn't showing any signs of waning. Sure, the first quarter of the 2013-14 financial year could see some sort of slowdown, but expect sales to start picking up after that as potential buyers may defer but not necessarily cancel purchases. Expect expanded assembly operations too from manufacturers in the coming years; BMW could start assembly of the Mini range, Mercedes-Benz may increase its bouquet of assembled cars here and Volvo may have to fast-track its Indian assembly operations too.

All of this could mean that only specialised segments and exotic cars could benefit from any sort of FTA agreement since most manufacturers would have to opt for the assembly route for luxury sedans, premium small cars and SUVs priced under Rs 60 lakh. No manufacturer in their sane mind would want to wait five years for the FTA to come into force before embarking on a product launch spree.

3. The allocation under the JNNURM scheme is the best bit of news for the auto industry, especially bus manufacturers. With Rs 14,873 crore being allocated for the same, our roads will be graced by 10,000 new buses which is good news for the likes of Ashok Leyland, Tata Motors, Volvo and other commercial vehicle manufacturers.