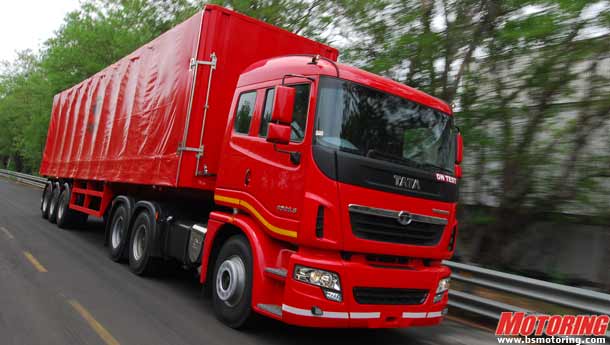 The country's largest commercial vehicle manufacturer Tata Motors had to shut production for the fourth time this year at its truck manufacturing unit in Jamshedpur as it struggles amidst stifling retail demand.

With sales of trucks in the medium and heavy commercial vehicles (MHCV) dipping by 28% to 95,864 in the April-December period this year as against 133,356 units sold in the same period last year, Tata Motors resorted to a three-day block closure at this plant starting today.

The Mumbai-based company had shut down the Jamshedpur plant in the first quarter of the year followed by two more shutdowns undertaken in November. The company had done it to avoid piling up of inventory with its dealers.

Confirming the development, a Tata Motors spokesperson told PTI that the block closure was planned to ensure alignment of production with demand and to maintain the health of the ecosystem. The Jamshedpur plant produces heavy commercial vehicles, besides engines, cabs and cowls.

Chandrabhan Singh, General Secretary of Telco Workers Union, said there was a week-long block closure in the last week of December. The company had undertaken a total of 15 days block closure in 2012.

Singh added that the block closure was undertaken as a precautionary as well as cost control measure in view of slump in demand caused by the prevailing slowdown.

Stating that the company produced 4,000 units last month against general production figure of 10,000 units per month, Singh said: "We are expecting to produce as many units in the current month as well".

The truck sub-segment of the MHCV segment witnessed a fall of 22% this financial year to register volumes of 164,269 units as compared to 211,177 units sold in the same period last year, according to data provided by the Society of Indian Automobile Manufacturers.

Owing to the slowing economy coupled with higher inflation and expensive loans made available to the sector among a host of other problems like closure of mines at several places in the country, the MHCV segment has suffered the brunt of the dip in demand.