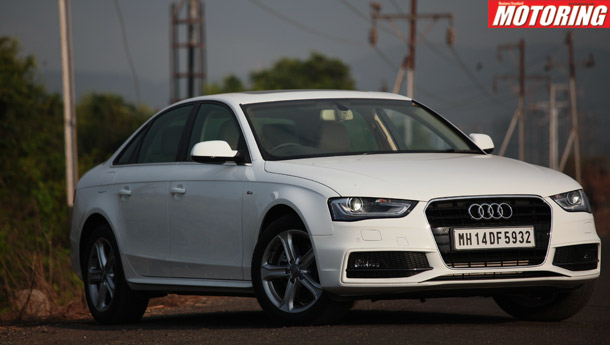 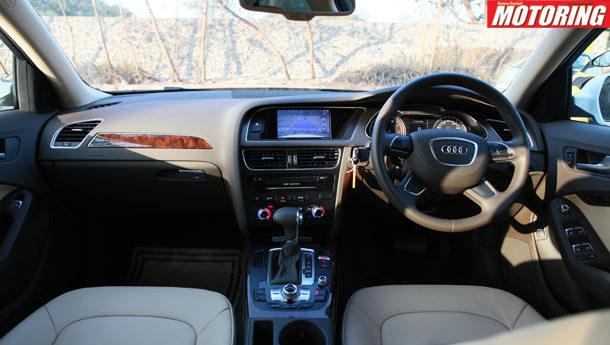 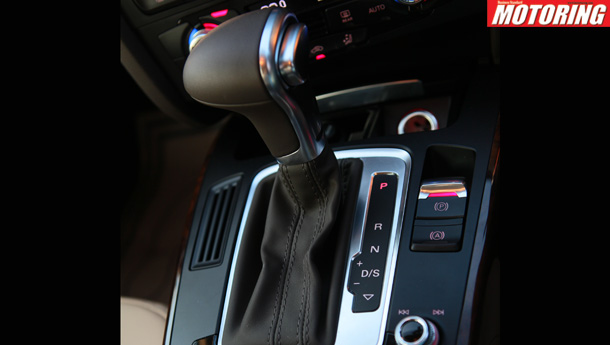 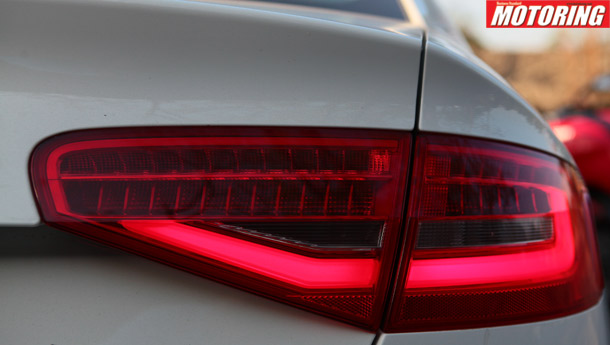 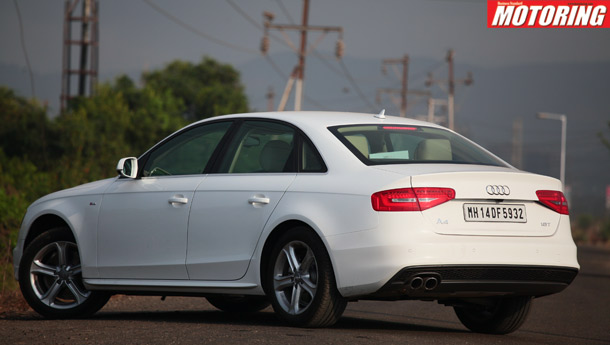 Audi's gunning for the top spot. Internationally it has closed the gap to BMW and it seems that it could be a matter of time before BMW's position is usurped by the brand from Ingolstadt.

There are strong reasons for the rise of Audi. In the last decade or so, Audi has been working non-stop in ensuring that its build quality standards match BMW and Mercedes-Benz or even beat them. Their cars now drive and handle much better while offering a holistic ownership experience. As far as brand perception goes, Audi have finally climbed the last step and it's just a simple matter of asserting themselves in that position.

You see there's enough ammo for Audi to push the facelifted A4 in India. Traditionally, it's been a slow-selling model in its portfolio, unlike the A6 or the Q5 and Q7. What's more, there's the brilliant new BMW 3 Series just months from launch, and Audi knows that the new Bee Em is going to be very hard to beat. So what better than to capture the imagination and get a headstart – that would make the men from Munich a little hot under the collar, eh?

So, while they are busy jousting, we have a lot to tell you about the facelifted A4. The first striking point are those A6-like headlamps that have a continuous LED band while the chin and the front bumper too have been revised. Like the six-cylinder A4s, this one now gets 5-spoke, star-shaped alloys as part of the package while the tail lamps have been moderately tweaked.

Step in and you are greeted by a couple of changes, noticeably a new steering boss and marginally different dials with the biggest change reserved for the centre console. The MMI returns to its traditional position on the central tunnel instead of the console and the MMI itself has been updated with all sorts of connectivity options. Yes, it sports the navigation function but sorry, no maps yet! It comes with Start-Stop as well, which saves some fuel in the process. Overall fit and finish is just the same, which with the A4 is a good thing. Space, by today's standards is decent but not what one would expect, given the amount of space that hump for quattro all-wheel drive occupies. Incidentally, quattro is now an option on all engine models.

Speaking of which, we drove the Rs 27.33 lakh, ex-showroom Maharashtra 1.8 TFSi variant. The cheapest of the lot, the 1.8 is powered by a 170 bhp, turbocharged petrol that's mated to a Multitronic CVT gearbox with eight selectable ratios. You have the choice of a 2.0-litre TDi with 143 bhp and a 245 bhp 3.0 TDi as well that make the rest of the range.

The motor isn't new to most of us, doing duty in the Superb and Laura as well. In the A4, it's been tuned for a bit of relaxed driving. Mash the throttle and the gearbox takes its own sweet time trying to figure out the right ratio, following which momentum comes into play. Acceleration is brisk but not hair raisingly quick. You hit 100 kph in 9.5 seconds, which makes it nearly half a second slower than the Superb with its six-speed DSG automatic and quite some way off the Laura RS. It tops out at close to 200 kph which is good for most, though performance seekers may want the larger 3.0 TDi for an adrenaline rush. The Start-Stop system, though, makes some amends, with fuel efficiency hitting a best of 8 kpl in the city and 11.2 kpl on the highway.

Audi also seem to have made some changes to the ride settings as well as the ride height. With a full complement of people, the previous car had the nasty tendency of grounding itself and the nose wasn't free from punishment either. But with this one, it seems that Audi may have solved the problem after all. The increase in ride height and a change in ride characteristics have meant that the car has a more softer edge to it. The trade-off is that it tends to pogo a bit on its springs and takes a while to settle down after it clears a pothole or a speed breaker which can be slightly disconcerting. Another improvement is the steering. The new steering setup is an electromechanical one that seems to have a bit more weigh in and offers some feedback too, which makes it that much better in the process, though it isn't quite the patch on the new 3 Series in this regard.

With a Rs 70,000 drop in price, improved features and a slightly improved driving experience, the A4 has thus become a better car. For those looking for an initiation into the four-rings brand, the A4 is as good a start as the Q3. But, we think it might have a tall task up ahead, once the new 3 Series arrives this August.