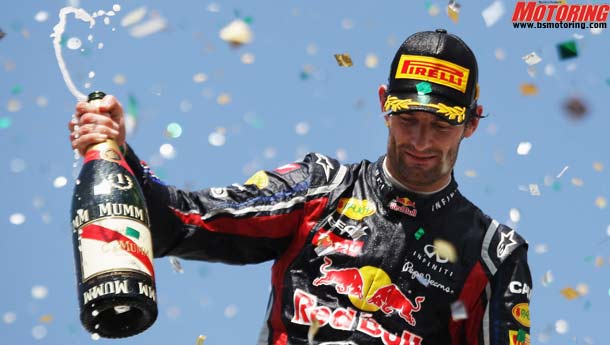 2011 hasn't been the best season for Red Bull driver Mark Webber. The Australian only managed his first win this season at the last Grand Prix of the year at Brazil. And, it goes without saying, the spotlight this year was definitely on his team-mate, Sebastian Vettel who took his second back-to-back F1 title.

But Webber's victory seems to have boosted him. The Australian stated that he is very confident that 2012 will yield better results for him. He also stated that to him, the next most important race was Melbourne, Australia.

In an interview with Reuters, Webber went on to say that he was very optimistic and positive that he will have a strong 2012 season and he is looking forward to it as he is still driving very very well.

Well, Mark, we sure hope you're right!