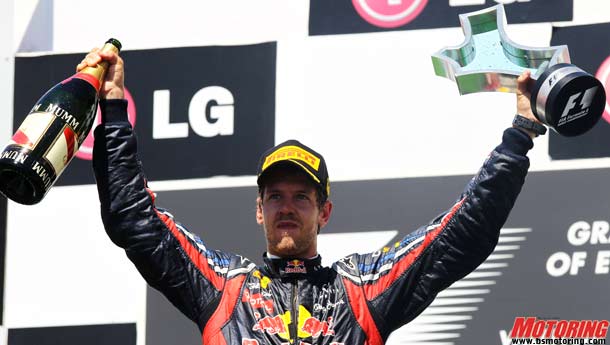 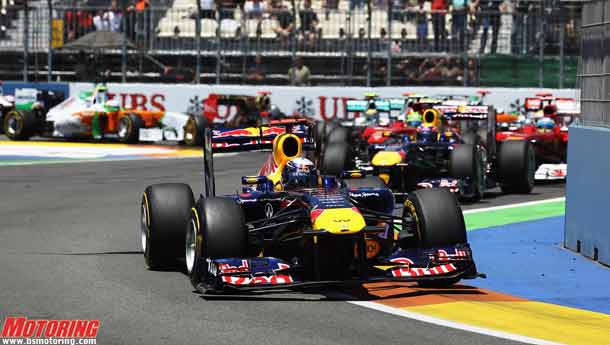 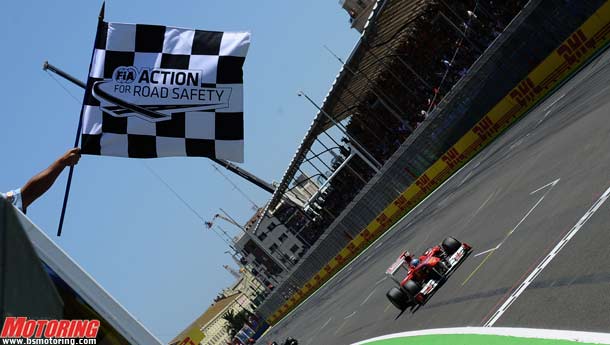 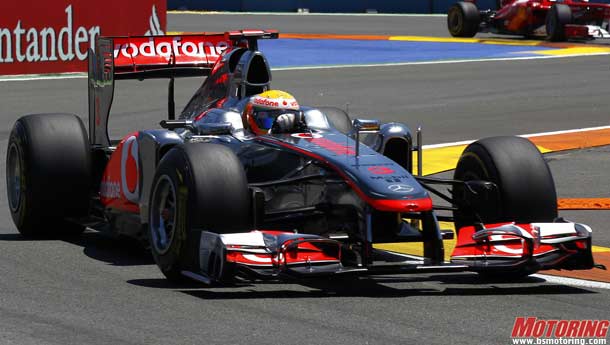 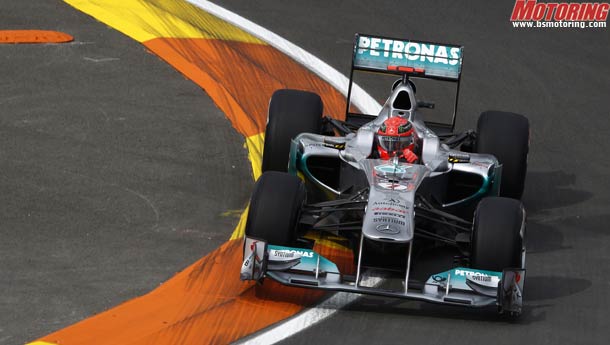 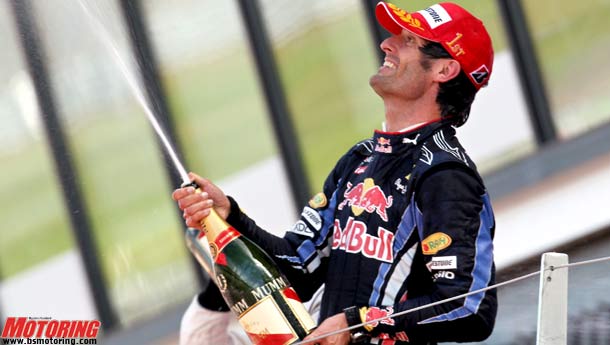 The 2011 European Grand Prix wasn't the most thrilling of races. Sebastian Vettel led the race from start to finish, thus claiming his sixth win of the 2011 season of the first eight races.

With Vettel pulling away at the head of the pack, battle for second and third was between Fernando Alonso and Mark Webber. Alonso pipped Lewis Hamilton at the start of the race and then began chasing Webber down. Alonso overtook Webber on track, but had to hand second place back to the Australian after a pitstop. Later, Ferrari's pit strategy put the Spaniard back in second, much to the delight of the home crowd. Webber finished third.

Before the race started, Lewis Hamilton was confident of challenging for a place on the podium. Then, the five red lights went out, he made a poor start, losing position to the Ferrari of Felipe Massa. He eventually got ahead of the Brazilian though, and ended the race in fourth.

Jenson Button finished the race sixth. No smiles in the McLaren pits, then.

Michael Schumacher qualified eighth. He was running decently too, but right after his first pitstop, the German made contact with the Renault of Vitaly Petrov, damaging his front wing and requiring a second pitstop. He eventually finished a distant seventeenth. His team-mate, Nico Rosberg finished seventh.

The British Grand Prix is being held on the 10th of July, 2011 at Silverstone.

A quick recap of last year's British Grand Prix. After Red Bull gave Sebastian Vettel and new front wing during qualifying, Webber was unhappy with being dubbed the number two driver. So, what did he do? He went out and won the race. And when he did, he radioed the pits screaming 'Not bad for a number two driver'.