F1: Vettel on pole in Bahrain 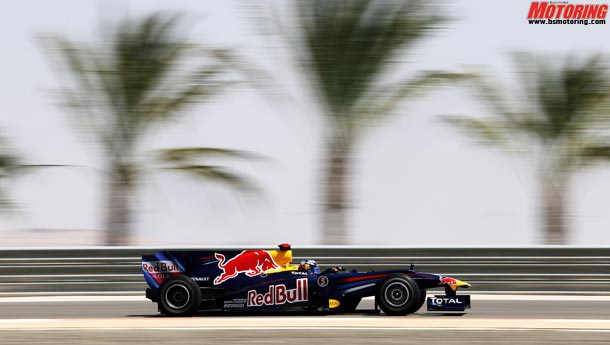 Sebastian Vettel claimed the first pole of the 2010 season, when he managed to take his Red Bull Racing RB6 to top spot on the grid. Vettel clocked a time of 1m 55.059 seconds, beating the competitive looking Ferraris of Felipe Massa and Fernando Alonso. Massa took second spot on the grid in his F10, while double world champion, Alonso had to settle for third place on the grid.

All eyes were on Michael Schumacher as he made his return to competitive F1, with his first F1 qualifying session since the Brazilian GP in 2006. Schumacher qualified in seventh position, a couple of tenths off the pace of his team-mate, Nico Rosberg who finished fifth. Splitting the two Ferraris was Mark Webber in the second Red Bull.

Lewis Hamilton was the first of the McLaren team, in fourth position, with his team-mate Jenson Button, the reigning world champion all the way down in eighth place, behind Schumacher. Robert Kubica and Adrian Sutil completed the top 10.