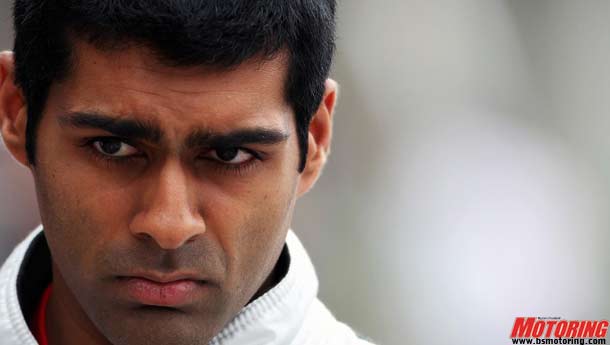 Hispania Racing, HRT F1 Team, is looking forward to its second home Grand Prix of the year, at the Valencia Street Circuit. For the third time since 2008, the Valencia track is the venue for the Formula 1 Grand Prix of Europe. With a total length of 5.419 km and 25 corners, the Valencia track is a unique street circuit where most of the action is carried out along the water’s edge of the Juan Carlos I Marina: skimming past the quay, through the port and the historic fish market, along the docks and shipyard gates, and briefly following the course of the River Turia.

Low grip level is expected this weekend, especially at the beginning the race weekend, since the streets are normally used for regular traffic. Due to this lack of grip off-line, overtaking is more difficult here than at other circuits. The circuit itself is a stop-and-go track with long straights and low speed corners, which means there will be a lot of heavy breaking, and car traction is needed. Unlike Monte Carlo, the track is wider, the run-off areas are more spacious on dangerous spots, and therefore top speeds are higher. The cars run flat-out between turn 10 and 12 for approximately twelve seconds, and top speeds of 323km/h can be reached, making it one of the highest speeds that can be seen during the year together with the Monza and Spa races.

“There is a special atmosphere at the Valencia Street Circuit because it is situated around the harbour. It is not easy to find the right setup for the car because of the track layout with high speed straights and low speed corners. You need low downforce on the straights but high downforce and traction for accelerating after slow and slippery corners. Due to the coastal location of the circuit, a strong sea breeze can also cause balance problems. The drivers have to be concentrated during the 57 laps of the race and due to normally high air temperatures it is going to be a physically tough race. After our good performance in Canada, we are aiming to fight for positions with other teams again.”

“It is the second home race this year for our team in Valencia and the atmosphere there is normally quite good and very special. I am looking forward to the driving again on this circuit as I already raced there in GP2 series. The track is not a traditional street circuit as it is very wide and has a lot of run-off areas unlike Monaco or Montréal. There are long straights and low speed corners where you have to jump the kerbs to be quick. You will need good stability on the brakes, compliance on the kerbs and good traction. For Valencia, we hope to show a good performance like we did the races before. We were quicker than the Virgins last time out so will aim to beat them again.”