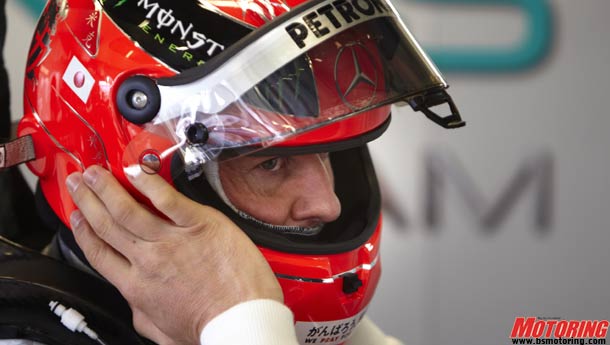 Don't write Mercedes GP off yet, says Michael Schumacher. Despite the team's poor showing at the Australian GP, Schumacher says they aren't bogged down at all and are keen on bouncing back at the upcoming Malaysian Grand Prix.

At the same time, Schumacher did say the team was aware of the challenge ahead of them, but that wasn't going to deter Mercedes. Given the fact that the team did show good pace during pre-season testing at Barcelona, they are confident of improving.

Schuey's Mercedes GP team-mate, Nico Rosberg is also singing the same tune. Nico said that Melbourne was a very challenging race for the team, and while they had their share of stumbling blocks, things would be very different at Sepang. Nico went on to say he was confident that the Mercedes GP W02s would be running reliably at Sepang.

Now to wait and watch.