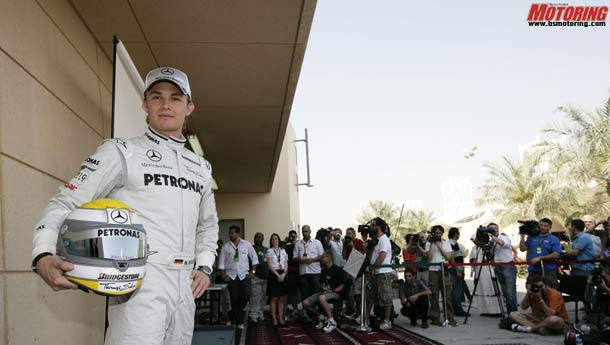 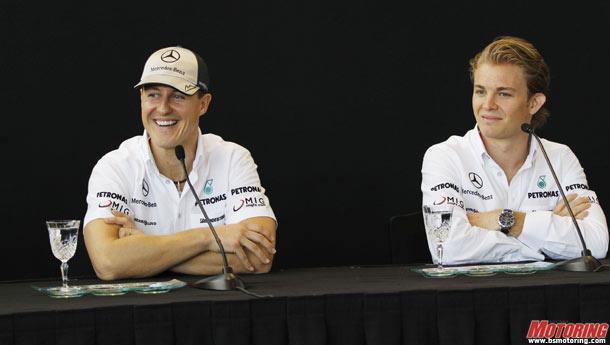 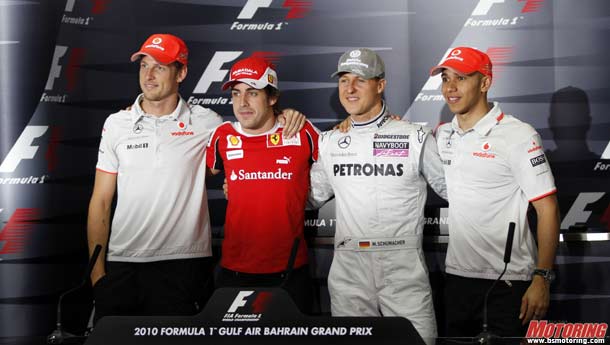 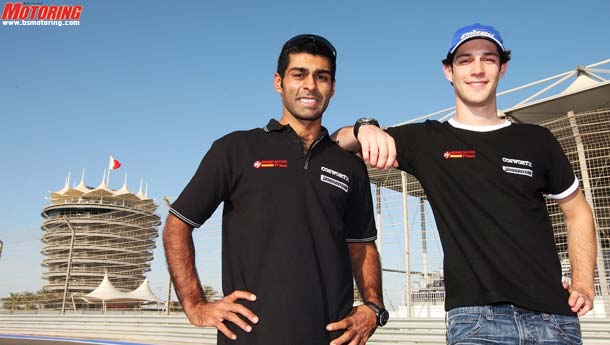 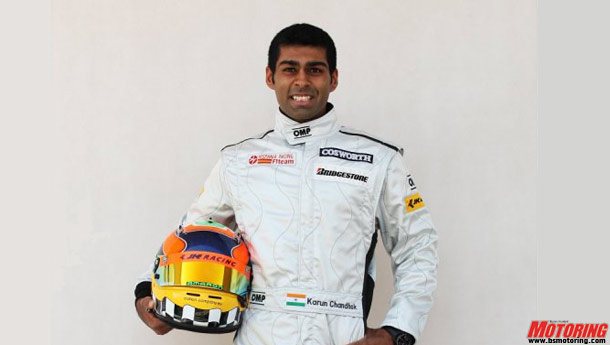 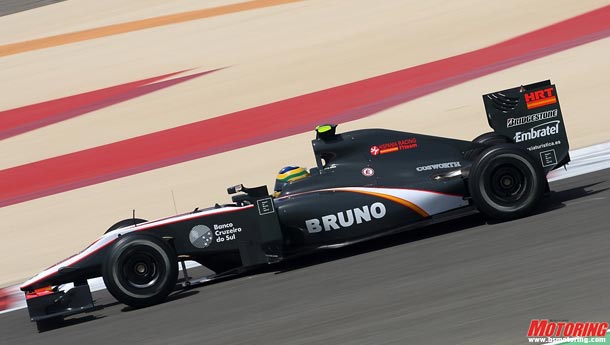 In the second Friday free practice session at the Sakhir track in Bahrain, both Mercedes GP and McLaren managed to prove their pace. To begin with Nico Rosberg finished on top of the timing sheets, clocking a time of 1m 55.409 seconds. Four-tenths of a second off Rosberg's pace was his team-mate, the returning seven-time world champion, Michael Schumacher. Schumacher clocked a time of 1m 55.903 seconds. Splitting the two Mercedes GP drivers was Lewis Hamilton in his McLaren. Hamilton's time of 1m 55.854 seconds made him the lead McLaren driver, with his team-mate Jenson Button coming in fourth fastest.

Sebastian Vettel did manage to set the fifth fastest time, but Vettel and his team-mate Mark Webber, both had difficult runs, with Vettel running off at the final corner twice, and Webber's RB06 suffering a driveshaft problem early on in the session.

While the Ferrari's looked strong through the first session of free practice, they didn't fare as well in the second session. Felipe Massa finished seventh fastest, while his team-mate Fernando Alonso managed to go ninth fastest.

The Force India drivers - Adrian Sutil and Vitantonio Liuzzi managed to finish 12th and 14th respectively. Sutil had a much stronger showing in the first session, having topped the timing sheets, pipping Fernando Alonso out of the way.

The best of the new teams this time was Lotus F1. Even though Virgin Racing did manage some decent time, the Lotus duo of Heikki Kovalainen and Jarno Trulli set times that were a full second quicker than that of the Branson-run outfit.

Karun Chandhok had to sit out the second session of practice as well, with his car suffering a hydraulic system failure, which the Hispania Racing Team tried repairing. But Bruno Senna did manage to complete seventeen laps on track. Unfortunately for HRT, the team is 12.5 seconds off pace. The session came to a messy end when Senna's car slid off the road at the first corner.

Karun will get a chance to run in his car in the final free practice session tomorrow. After that he goes straight to qualifying.