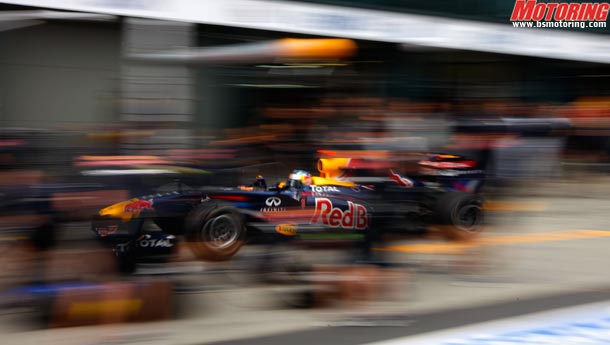 Sebastian Vettel might have taken a commanding victory at the 2011 Australian Grand Prix, but Lewis Hamilton doesn't believe it's a sign of things to come. The McLaren driver has said that while it is important for his own McLaren team to sort out certain issues with their 2011 challenger, the Red Bull Team won't be able to stay ahead of them without KERS.

While Red Bull had elected not to use KERS in the Australian Grand Prix, Team Principal, Christian Horner has declared the system is a must for the Malaysian Grand Prix.

However, McLaren driver Jenson Button has declared that the rival Red Bull has a long way to go in terms of their KERS package. The team hasn't yet got the sort of power benefit that other teams have got. At the same time, Button has admitted that his own team needs a very strong KERS package if they are to challenge Red Bull, whose real pace hasn't been seen yet. Another feather in the cap for Adrian Newey, then?