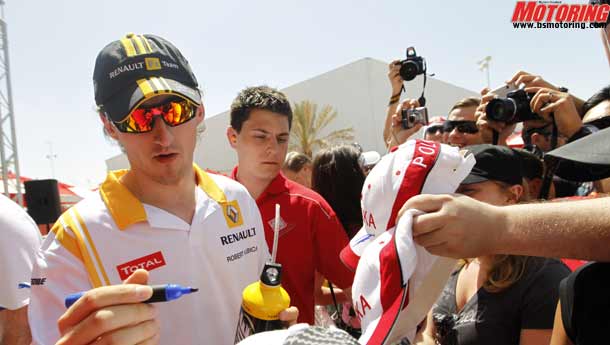 The Australian GP weekend got off to an interesting start, especially for the Renault team. Robert Kubica managed to clock the fastest time in the first practice session, with a time of 1m 26.927 seconds. Kubica was the only driver to make it to the 1 m 27 seconds time band.

Behind Kubica, Nico Rosberg managed to clock a time of 1 m 27.126 seconds, with Jenson Button managing a time of 1 m 27.482 seconds. Behind Button was the first Ferrari of Felipe Massa, with Sebastian Vettel and Fernando Alonso, and Lewis Hamilton finishing behind.

BMW Sauber's Kamui Kobayashi managed to cause two red flags. First, he knocked a plastic cone and lost his front wing, and later on in the session, the replaced wing came loose, causing a second red flag. Kobayashi finished 18th.

HRT drivers Karun Chandhok and Bruno Senna had minor incidents during the session, but still managed to go quicker than the Virgin Racing Team's Timo Glock.