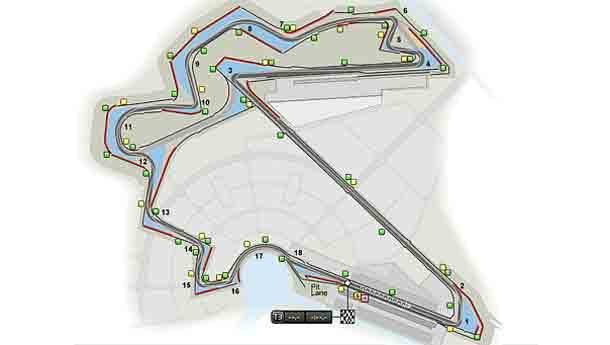 For round 17 of the FIA Formula One World Championship, the grand prix moves to South Korea, to write a new chapter in the sport's history. This inaugural Korean Grand Prix takes Formula One to the fast-developing Asian state, whose economy is now the world's 15th-largest.

Having previously hosted the Olympic Games and the football World Cup, South Korea is no stranger to staging world-class sporting events and for the country's venture into Formula One, race organisers KAVO — the Korean Auto Valley Operation — have overseen the construction of an anxiously awaited all-new motor-racing facility. The design and build of the Korean International Circuit (KIC) has been led by Formula One's noted circuit architect Hermann Tilke.

For this, Tilke's sixth 'from-scratch' Formula One undertaking, the company has taken design inspiration from Korean emblems. The main grandstand roof, for example, is modelled on the eaves of a 'Hanok', a traditional Korean house. The circuit itself, meanwhile, features sections intended to recreate favourite corner sequences of more traditional Formula One circuits, such as Silverstone’s Becketts complex.

The timing of the race, in what has become a classic Formula One season, means the KIC will be the venue for another clash between the five drivers to have led the fight for the championship since round one in Bahrain last March: Mark Webber (Red Bull Racing), Fernando Alonso (Ferrari), Sebastian Vettel (Red Bull Racing), Lewis Hamilton (McLaren) and Jenson Button (McLaren). After 16 rounds they remain separated by only 31 points, with 75 available. The three-way constructors' tussle also remains poised, with Red Bull Racing on 426 points, McLaren on 381 and Ferrari on 334.

• The circuit is located in Yeongam on reclaimed land between the hills outside the city of Mokpo in the south western province of Jeollanam-do. KIC is approximately 400km from South Korea's capital, Seoul.

• On September 4 this year, Karun Chandok became the first Formula One driver to run at the circuit, driving a Red Bull Racing show car. He commented: “The circuit is pretty cool to drive and the layout is really quite interesting. The first bit of the lap is mega-long straights, then from turn seven onwards it’s feisty, fast-flying stuff.”

• The circuit has been designed to be part-permanent, part-Formula One-only. For the Grand Prix, the permanent track layout will be extended to run alongside the nearby waterfront and harbour.