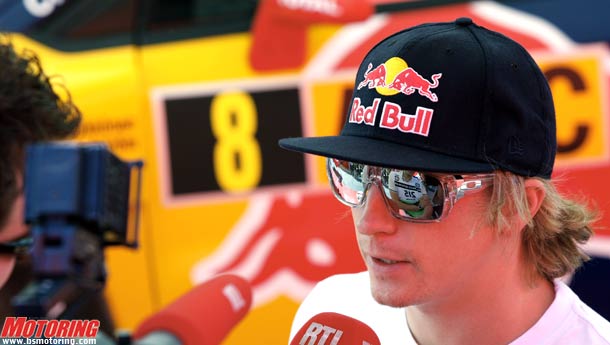 And so Kimi Raikkonen’s return to Formula 1 has begun in earnest. After a two-year hiatus from F1 during which he competed in NASCAR and the World Rally Championship, the 2007 world champion’s F1 return has been much talked about. And he’s already started testing for the team he will compete for in 2012 – Lotus Renault GP.

Kimi has completed 300 km of testing at Valencia in a Renault R30 running in 2012 specification on Monday. For Tuesday’s test, Kimi has four sets of Pirelli tyres on offer and plans on running more laps than on the first day.

The aim of the test is to ensure Kimi is able to adjust to Formula 1’s new rules and regulations. The ban on refueling and DRS are both factors that the Finnish driver will have to get used to.

But the Iceman’s being realistic and has said that he needs more running in the car to be competitive. Good luck Kimi, and it’s good to have you back!