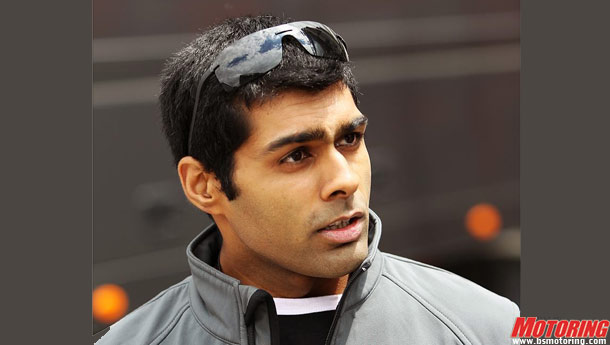 After a one-year break, Formula 1 returns to the Circuit Gilles Villeneuve in Canada. The street circuit, with a length of 4.361 km, is situated at the former EXPO area on the artificially created island Île Notre-Dame in the Saint Lawrence river and motor racing is staged there only once a year. Brakes and traction of the cars are especially demanded during the Formula 1 race weekend at the Gilles Villeneuve circuit, honoring the legendary Canadian Formula 1 driver. Top speeds of more than 300 km/h are possible on the long straights which are then followed by slow and demanding corners and chicanes, making it one of the hardest tracks on the calendar on brakes. The bumpy and fast-cornered track makes it a real challenge for the race drivers, who are not allowed to make any mistakes if they don’t want to crash into the close barriers and walls like the famous “Wall of Champions”.

Hispania Racing, HRT F1 Team, is looking forward to the race in Montreal and wants to tie in a good performance. The Spanish team is aiming to fight for positions with other teams again in the Canadian Grand Prix, and is set to get both Karun Chandhok and Bruno Senna’s cars to the chequered flag again.

Indian Karun Chandhok did not enjoy a good outing at the last race in Turkey due to technical problems and is looking to put those troubles behind as heads to Montreal for the first time. Like many other tracks on this year’s calendar, this is Chandhok’s first trip to this famous track and he is certainly looking forward to it.

Karun Chandhok: “I never raced in Montreal before and therefore I am really looking forward to get to know this circuit. I was told by people in the paddock that the atmosphere is supposed to be unique there. The track itself is pretty tricky with a lot of bumps and kerbs which are typical of a street circuit. Because of the long straights and many braking actions you need a car, which is stable on the brakes and has good traction. Our aim is still to finish the race with both cars.”

Team Principal Dr Colin Kolles: “The Circuit Gilles Villeneuve is a mix of long straights, fast and slow corners. The hard braking is going to be a big challenge for our drivers, who didn’t race in Montreal before. But we are prepared for our first race in Canada and we could improve the performance of our car like it was already shown in Turkey. It feels good to see the fruit of our hard labour and that we could do a step forward. We want to build on this for Canada and to perform well.