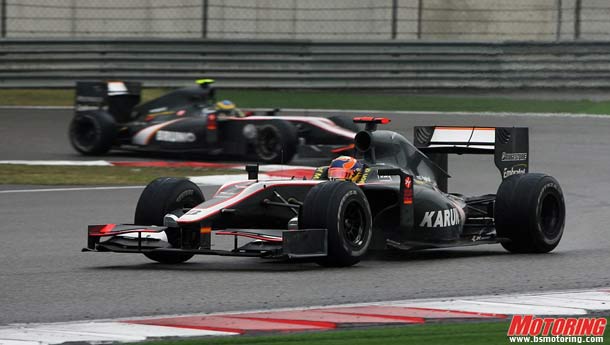 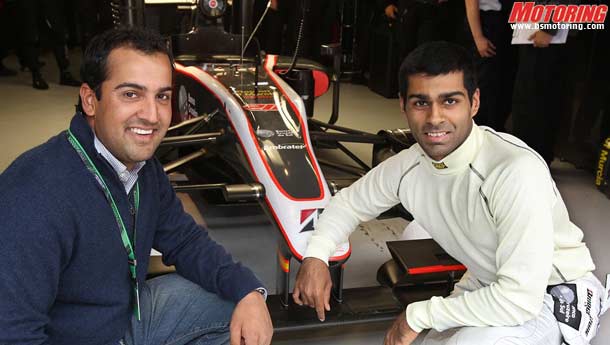 Indian Formula One driver Karun Chandhok finished in a competitive 17th position to complete a hat-trick of finishes for the newly formed HRT F1 Team at the Chinese Grand Prix at the Shanghai International Circuit. Chandhok had a tough start to the day as he was forced to start from the pit lane after the team had to change some hydraulic components on his car.

As Chandhok had expected yesterday, the rain came early in the race and stayed mostly throughout the race with conditions changing all the time, making it tough for all the drivers. Many drivers struggled in the changing conditions and retired due to the rain, but both HRT F1 drivers put on an impressive display and kept control to bring their cars home in competitive positions.

Chandhok commented, “We always knew we were going to have an uphill task in the race as we were struggling with straight line speed. In the morning we had to change some parts which forced us to start from the pitlane. I was struggling for grip on the front tyres and getting stuck behind the safety car with the lead group did not help, and cost us a lot of time. Despite this, our race pace was definitely encouraging and I am very happy to finish my third race in a row, which is yet another great result to show for all the hard work that the team has been putting in. Now we look forward to Barcelona as we develop our car further.”

Dr. Colin Kolles, Team Principal, commented: “A good day for the team completing our second two-car finish in the rain in our fourth race. Karun Chandhok and Bruno Senna drove their second wet race after Australia. Again we reached our goal with two cars finishing the race and we gathered quite a lot of data on this track that can be used for the European season. Congratulations to the team. Now in the three weeks to come, we must work on more developments for the team’s home Grand Prix in Barcelona.”

Leading Indian golfer Shiv Kapur, participating at the Volvo China open, was a guest at the HRT F1 Team pits today, supporting his fellow Indian. Kapur said, “It is a great feeling to be here. It is encouraging that a fellow Indian has made it to the highest level of F1 motorsport, at such a young age. He is definitely an inspiration to all Indians, including me.”