F1: Karun does well in qualifying 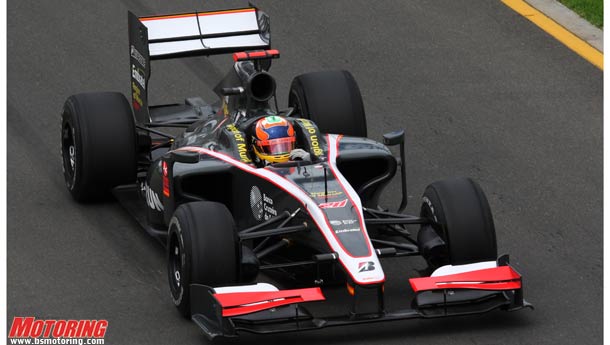 Indian Formula One driver Karun Chandhok’s put on an impressive display in the qualifying session at the Spanish GP at the Circuit de Catalunya. Karun Chandhok put in a lap of 1:26.750 while his team-mate Bruno Senna clocked a lap time 1:27.122. However due to a gearbox change Chandhok has been handed a five place penalty.


Chandhok commented, "Qualifying went as expected so we are quite happy. Our deficit to the other 2 new teams was what I thought it would be after FP3. For me personally, I'm pleased with the job I did to have 4 tenths over the other car and I think there was potential to be a bit quicker. I really have to thank the mechanics and engineers on my car who worked till 5am to get us out on track today. However we have a penalty for changing the gearbox which will put me back behind Bruno but I look forward to another strong race like the one we had in Sepang tomorrow.”


Earlier in the day Chandhok completed 18 laps in the third practice session clocking a best lap of 1:26:611 and finish in 23rd position ahead of his team-mate. Chandhok had to stop the session early after suffering with vibration problems. However the car was ready for qualifying enabling Chandhok to put in another strong qualifying display.

Dr Colin Kolles commented, Team Principal and Managing Director, commented, "We are currently investigating how we can produce a more satisfactory set-up for the race. This morning the red flag interruption hampered our work and we generally suffered from a lack of grip from overnight rain. What we need tomorrow is another two cars finish."