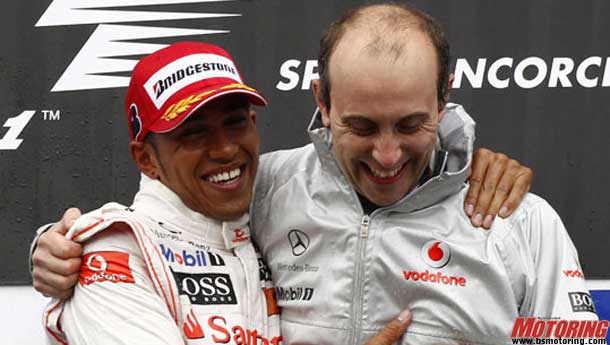 Lewis Hamilton's contract with McLaren ends in 2012. And there is much speculation about the Briton's future F1 plans.

There is a good chance that the 2008 World Champion will continue to stay with the McLaren team after the 2012 season, but there are also rumours floating around that link Hamilton to the Red Bull Racing Team.


Of course, the rumours only surfaced after Lewis had a quick meeting with Red Bull Racing boss Christian Horner at the 2011 Canadian Grand Prix.

Hamilton has declared that he wants to clarify the situation as soon as possible in order to stay focussed on his 2012 assault on the championship. He also stated he would like to win every single race this year, and that it is possible for him to do so, provided the MP4-27 holds up.

Lots of positive thinking from Lewis, then, after his lacklustre 2011 season. Reckon Martin Whitmarsh will be happy with that!