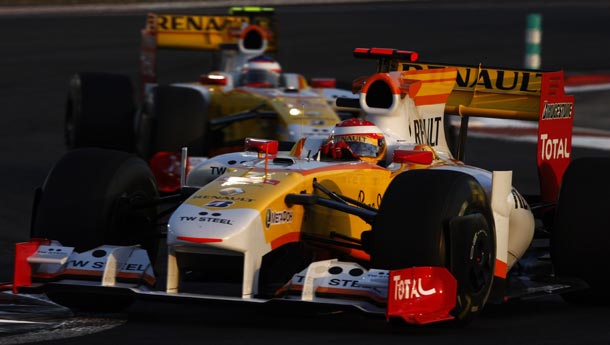 Bernie Ecclestone, the president of Formula One Management (FOM), has stated that the Renault F1 team is considering take over bids from four parties.

The team's decision of who they will sell to, is due to be out by the end of the week. The two most prominent parties who are interested in the Renault team are David Richards who heads the Prodrive outfit (also former team principal of BAR Honda). Another name closely associated with the takeover is that of Gerard Lopez, a Luxembourg-based businessman.

While Ecclestone has admitted that there are two other parties interested in the buyout, it has not yet been revealed who the parties are.