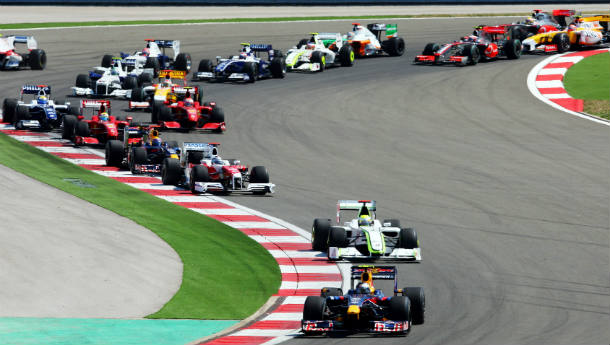 CVC, the company that currently owns a 43 per cent stake in Formula 1, was meant to float shares in the motorsport company sometime next month. However, plans for Formula 1 to go public might have to be put on hold. Bernie Ecclestone, president of Formula 1 Management (FOM) has stated that given the current economic climate, plans for F1's IPO taking place mid-June are now likely to be postponed.

Meanwhile, Ecclestone has also said that he is close to finalising a deal with teams that will ensure they are contractually bound to Formula 1 until 2020. While the Mercedes team hasn't yet confirmed whether it will be part of the next contract, Ross Brawn has declared that the German team is in discussions about its future in Formula 1.