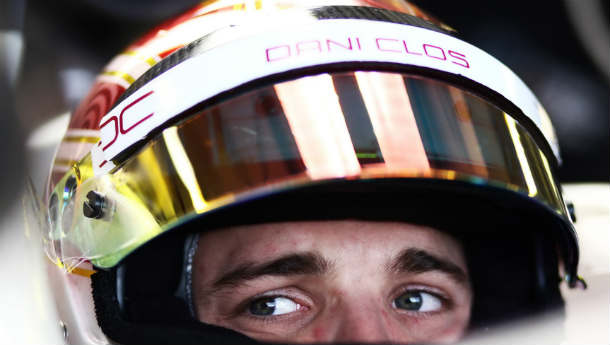 HRT F1 Team has reached an agreement with Dani Clos by which the young 23-year-old driver from Barcelona will become test driver of the Spanish outfit for the 2012 season.

The incorporation of Clos is another step in the team’s aspirations of establishing itself as a platform for young talents to reach the pinnacle of world motorsport.


Dani Clos will form an integral part of the team, taking part in several free practice sessions on Fridays and travelling to every Grand Prix throughout the season, with the main objective of learning and getting to know the team. There is a lot of hard work ahead of him but Dani will have the whole team’s support, including that of his teammates Narain Karthikeyan and Pedro de la Rosa, to help him learn and progress in such a demanding environment.

Dani Clos experienced his first contact with the team this past November, during the Young Driver Test in Abu Dhabi, and made the most of the opportunity given to him. The good sensations that the team and driver had, along with the objective of strengthening HRT F1 Team, helped to reach a quick agreement that was desired by both parties.

The Spanish driver will start to exert his functions as the team’s test driver immediately and will be with the team for the third pre-season tests in Barcelona from the 1st to the 4th of March.

Dani Clos: “I’m very proud to be a part of HRT Formula 1 Team. It is a great step in my career, something that I have dreamt of all my life and, finally, my dream is starting to come true. I’m very impressed with the job the team is doing; they’re achieving fantastic things in a short space of time. The team has changed a lot since we met in the Abu Dhabi tests and I think it’s a great opportunity and an honor to form a part of this new team. What they’re achieving is very important for motorsport in our country and has a lot of potential. Also, being alongside Pedro de la Rosa is very important for me, since he and Karthikeyan can positively contribute to me becoming a better driver. I want to thank Saúl Ruiz de Marcos and Luis Pérez-Sala for the trust they’ve shown in me from the start and, above all, I would like to thank the people who have always been by my side, such as Leonardo Soldevila and my father. For me a new chapter is beginning, one where hard work and dedication are going to be my priorities; I’m going to give it my all so that this phase is as successful as it can possibly be for the team, my teammates and myself”.

Luis Pérez-Sala, Team Principal of HRT: “I'm very happy to have Dani on the team. He's a quick, talented driver who, above all, is very willing to progress. The incorporation of Clos is another step in our project of restructuring HRT but also fits in with our desire to promote young motorsport talents. I'm sure that it will be a very positive experience for both parties”.