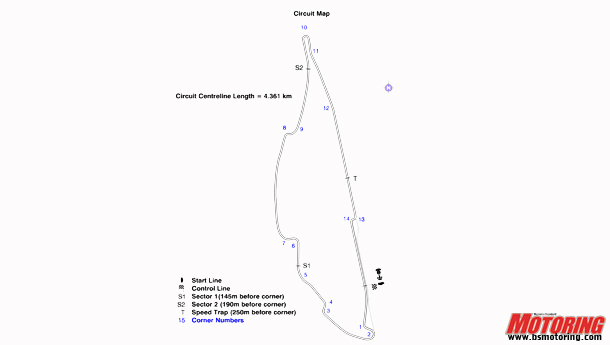 The Canadian Grand Prix returns to the Formula One calendar, after a one-year absence, to host round eight of this year’s FIA Formula One World Championship. A fixture since 1967, at three venues, the Canadian GP is most strongly associated with the Circuit Gilles Villeneuve, where the race has been held since 1978, apart from 1987 and 2009. This year’s race will be the 41st edition of the Canadian GP.

The circuit, located on the man-made Île Notre-Dame, has a reputation for being extremely hard on machinery, thanks to its high-speed straights punctuated by two hairpins. Both engines and brakes are tested to the limit by this layout: it has the longest full-throttle time of any contemporary Formula One track, while the two hairpins demand that teams optimise their cars’ braking capability in order to avoid mechanical failure. Despite the circuit being a permanent track, its set-up requirements are similar to those of a street circuit, as its corners are predominantly low- and medium-speed. Teams with the best engine performance have traditionally performed well here.

An extremely popular venue with teams, drivers and media, thanks to its proximity to bustling Montréal – the capital city of Canada’s Québec region – the Circuit Gilles Villeneuve is the only North American stop on the 2010 Formula One calendar.