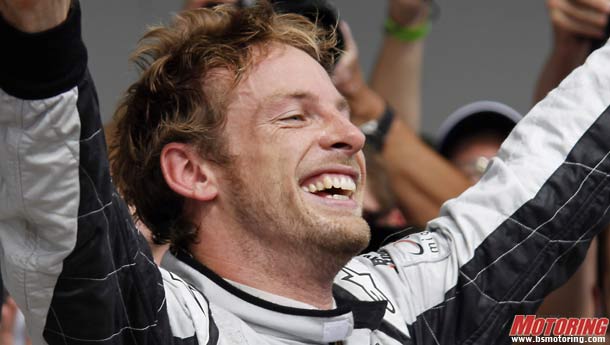 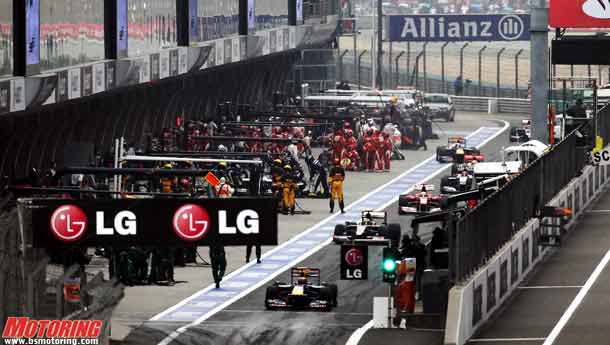 Even before the Chinese GP kicked off at the Shanghai International circuit, one thing was a given - rain. Forecasts showed that rain would certainly fall, it was just a question of when. And as is the norm when rain strikes a GP, tyre choice was of utmost importance, and played a huge role in deciding who finished where.

Jenson Button was the man who made the most of the wet track though. For the second race in the season the reigning world champion made an early tyre call, opting to carry on racing on slicks. With the rest of the field pitting for intermediate tyres, Button ran away at the head, opening up a fair amount of gap to the rest of the pack. And even when the safety car period resulted in his lead being eaten away, Button held off team-mate Lewis Hamilton and took victory in style.

But hang on. Wasn't Vettel at the head of the grid when the five red lights went out? Yes, Sebastian Vettel might have qualified on pole position, but by the end of the first corner, lead had been snatched away from him. On the one hand Fernando Alonso whizzed past in his Ferrari (he was later penalized for a jump start though) and Vettel's team-mate Mark Webber also passed him.

Meanwhile, there was drama, with Vitantonio Liuzzi losing control of his Force India, spinning out of control and taking with him Sebastien Buemi in his Toro Rosso and Kamui Kobayashi in his Sauber. The safety car was brought out and Vettel, Webber, Alonso, Massa, Hamilton and Schumacher decided to switch to intermediate tyres. As mentioned earlier on, Jenson Button was running away at the head of the pack. Nico Rosberg, in the other Mercedes GP car, was also staying out at the head of the field running just fine on slicks.

A couple of laps later though, the pitlane was busy yet again with people wanting to switch back to slick tyres. A pitlane incident that involved Lewis Hamilton and Seb Vettel raised eyebrows, as the two drivers raced each other into the pitlane and repeated the same on their way out. Post the race the drivers were reprimanded, but not penalized.

By the time the slick runners made their way through the field, the rain came down in earnest, neccissitating another round of pitstops. And this was good for Button, Rosberg, Kubica and Petrov. Then out came the safety car again, after Jaime Alguersuari managed to get in a skirmish with an HRT car. There was debris scattered on track, and Button had the rest of the field bunched up behind him for the restart of the race.

Fact remains that nothing could catch Button on this race. He was quick, made the right tyre calls and ran to the front of the grid without putting a tyre wrong.

And you can't talk of a wet race without talking about the Regenmeister. Well, Michael Schumacher, now in his fourth race after retirement, was good in parts and lacklustre in others. Where was Schumi good? Well, he managed to make life difficult for Lewis Hamilton and wouldn't let him get past without a fight, this despite the fact that he was struggling with traction on his car. Finally Hamilton got past though. Schumi wasn't quite as firm with Vitaly Petrov and Felipe Massa. But, with the season moving to European tracks, things will get a lot better for the crafty German, that is a given. Like Schumi himself said, "You can only improve step-by-step and I am confident that we are achieving this."

Karun Chandhok was the last of the finishers, bringing his Hispania Racing Team home in 17th place, just behind his team-mate Bruno Senna. It was his third race finish in a row.

Button's victory at the Chinese GP has catapulted him to the top of the points table, with Rosberg and Alonso behind him. Michael Schumacher is tenth in the standings with 10 points.