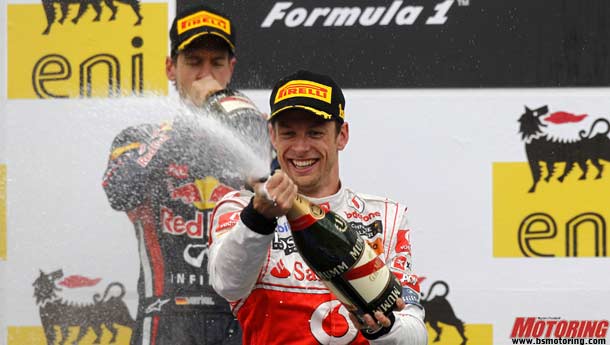 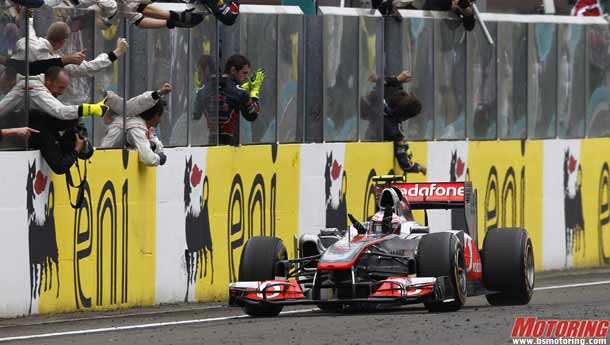 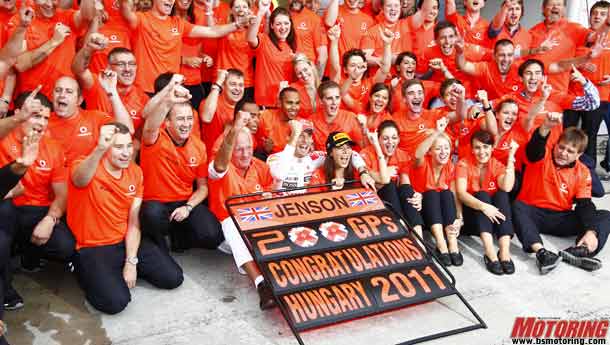 If you've been following the 2011 season of Formula 1, it should have come as no surprise to you that Sebastian Vettel was on pole at the Hungarian Grand Prix. The German racer has made being on pole and winning races something of a habit this year, however, things weren't to go his way at Hungary.

The Hungarian GP went to a rather calm Jenson Button, who, with the help of his McLaren team, judged his race strategy perfectly. The changeable weather conditions at the Hungaroring seemed to catch everyone out, including his team-mate Lewis Hamilton. But Button started third on the grid, and went on to take victory. And indeed, he was confident from the very beginning of translating that third place into a victory from the very beginning. Right after qualifying Button said that he was confident that they'd be able to challenge for the victory right away.

When the five red lights went out at the Hungaroring, it was Sebastian Vettel who slid away at the head of the pack. Chasing him was Lewis Hamilton, who'd made a good start from fourth place. Hamilton put the pressure on Vettel, finally taking position on the fifth lap of the race when Vettel ran wide. The McLaren driver was then able to open up the gap to the rest of the pack. Button pitted ahead of Vettel, and once his tyres were warmed up, muscled his way past the Red Bull Racing car.

Hamilton looked like he had a comfortable enough gap over his team-mate. But when the second burst of rain showers hit, things all went wrong for the British driver. He spun on the chicane. This let Jenson get past him. In his hurry to rejoin the race, Lewis ended up pushing Paul de Resta off the road, earning a drive through penalty. A few laps later Button slipped up, handing the lead back to Hamilton. Then, Hamilton putted for intermediates, the rain stopped, and he needed to make a fourth pitstop to get back on slick tyres. Serving the drive through penalty pushed him back to sixth. Button was effectively home free, taking his second victory of the year. Fernando Alonso took the final step on the podium.

Behind them, it was Lewis Hamilton who took fourth, Mark Webber fifth and Felipe Massa sixth. Michael Schumacher  retired with a gearbox failure.