F1: Alonso will get a winning car says Hamilton 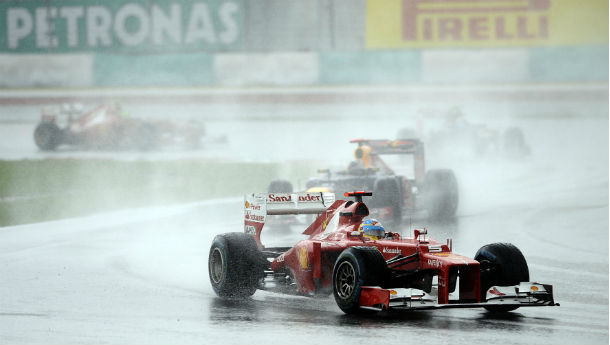 Fernando Alonso is sitting at the head of the points table after six rounds of the 2012 season for Formula 1. And this, despite Ferrari's troubled start to the season, with Alonso himself saying that nothing had changed even though he won the rain-soaked Malaysian Grand Prix.

However, 2008 world champion Lewis Hamilton believes that Ferrari are still capable of delivering a championship winning car to their lead driver. Hamilton also stated that Ferrari were more than capable of recovering from their difficult start to the season and taking the challenge all the way to the final round at Brazil.


Hamilton, who partnered Fernando Alonso in the 2007 season also remarked that he believes once Alonso gets an improved car in 2012, catching him in the championship is going to be quite a task.