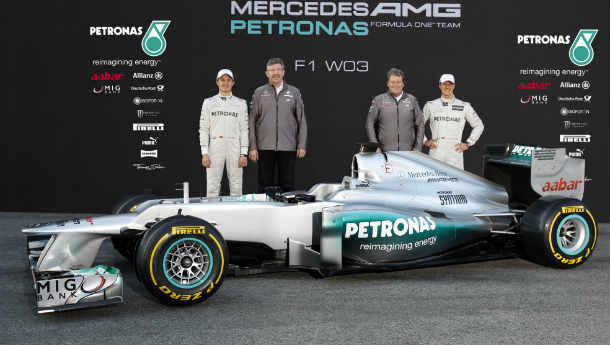 Mercedes GP took their own time to unveil the MGP W03, they did, but before that happened, they got in a private test session at Silverstone. The necessary spy photographs were shot and we knew that the car would feature a stepped nose.

Now that the official launch of the car has happened at Barcelona, just before the start of the second official test session of the season we've got better visuals of the car. The stepped nose does feature, but it appears to be more tapered than on the other cars.

Now to wait and watch as Michael Schumacher and Nico Rosberg take the car out on track for the test session.