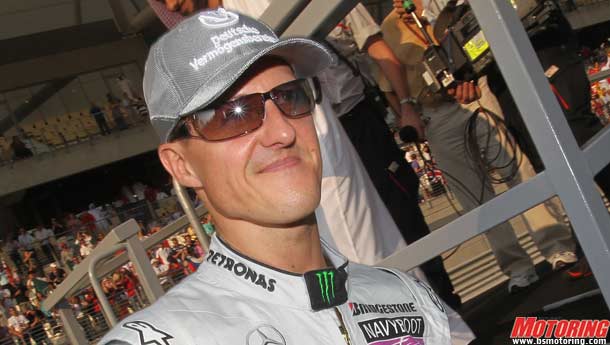 Michael Schumacher isn't trying to get the hopes of Mercedes fans up, but he is confident that the team now finds itself in a better position for the 2011 season. Better than 2010, at least.

The 2010 season was something people looked forward to and a large part of it was down to the Schumi comeback. But as people discovered, and probably as Michael himself discovered, 2010 was only going to be the year in which he shook off the rust from his three-year retirement. He was consistently outqualified by his team-mate Nico Rosberg. And while Rosberg managed a total of three podium finishes, Michael had none.

Michael has declared that there were several reasons for his lack of performance. One was the fact that he had been away from the sport, the second was that he wasn't exactly a spring chicken at 41 years of age. Also, the fact that the car wasn't built to suit him made things worse and the Bridgestone tyres didn't help matters along either. Michael also pointed out that for some reason problems cropped up on his car as opposed to team-mate Nico's, cases in point - Spa, Suzuka and Singapore.

Nonetheless, the team believes that things are much better now, and 2011 will be better than the season gone by. But Schumacher is quick to say that he doesn't have visions of the team challenging for the 2011 championship as yet. But a return to winning races is certainly on the cards.