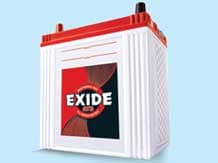 Exide Industries, a leading name in lead acid batteries for the automotive segment, is gearing up to ride the next wave of growth with a foray in lithium ion batteries.

"We are in a very disruptive stage as far as the battery industry is concerned. There is so much talk about e-buses, e-cars, etc. Elon Musk is creating such a hype. We are keeping our plans flexible currently. If electric vehicles come then our investment has to be in a different directions. Then we have to look for persons and collaborations," said G Chatterjee, MD & CEO, Exide Industries, on the sidelines of the company's annual general meeting.

According to the company's annual report, Exide has signed a technology co-operation agreement for the design and manufacture of lithium ion family of products with Chawei Group, a renowned company of China.

Chatterjee said the Hero group had approached Exide mainly for the e-bike. "We are negotiating with a lot of companies and the government," he said. To start with, Exide would import the cells and make batteries. Once volumes pick up, it would look at backward integration. The investment in such a project could be around Rs 1,000 crore.

Exide has asked for 25 acres from Kolkata Port Trust and another 25 acres from the Haldia Development Authority. Additionally, it was also acquiring land around its Hosur factory, keeping future growth in mind. Exide's capex plan for the year is Rs 1,100 crore.

Chatterjee expects that the demand for lithium ion from the government could come in the next six months. Lithium ion was 3-4 times the price of lead acid batteries. He, however, said that there would have to be an adequate demand on hand for Exide to take up the project.

Chatterjee said that even though lead acid was a technology that had lasted more than 100 years it wasn't going to vanish in the next 10 years.

"Lead acid will reduce from automotives. There will be other applications. One would be solar, the other would be energy storage application. And the third would be last mile connectivity," he said.

The last mile connectivity which is the e-rickshaw was a huge market. Each of the e-rickshaws, Chatterjee said, uses four big lead acid batteries. "It's such an abusive segment that each battery lasts 9-12 months and there are three replacement cycles. So one e-rickshaw is 30 times that of a car. This market will erupt," Chatterjee, explained. Currently, the market is estimated to be around one million and mostly catered to by the small scale unorganised players.