Honda Civic is under consideration for a re-launch in the country - this time, if it gets a green signal, Civic will be getting a diesel heart along with heavy localisation!

The reports about Honda India imported a left hand drive Civic in India for R&D (Research and Development) were buzzing around of lately last year. But we have the very first exclusive spy shots of the Civic at the Honda India’s second manufacturing facility in Tapukara, Rajasthan. Honda India has not confirmed about the launch of the new Civic and neither did they showcase it at the last year’s India Auto Expo, where Accord was there - another, popular, discontinued product. Speaking of the Civic, it is not coming anytime soon, even if the company confirms it for the Indian market - expect its launch somewhere next year. We hope Honda will give green chit for it! Civic rests in the segment which is suffering dwindling sales lately and its major competitors are Toyota Corolla Altis, Hyundai Elantra, Skoda Octavia, VW Jetta, Renault Fluence and Chevy Cruze. Out of which Corolla Altis leads the sales chart with close to 1000 units monthly, that's a huge number considering the segment and its rivals sale. Furthermore, Civic was discontinued in India as sales dipped low due to lack of a diesel compared to its competitors. This said, the new Civic will be getting a 1.6-liter i-DTEC diesel in the country and we expect it to be class leading in the segment while being competitive in terms of performance with 120 PS and 300 Nm of torque. 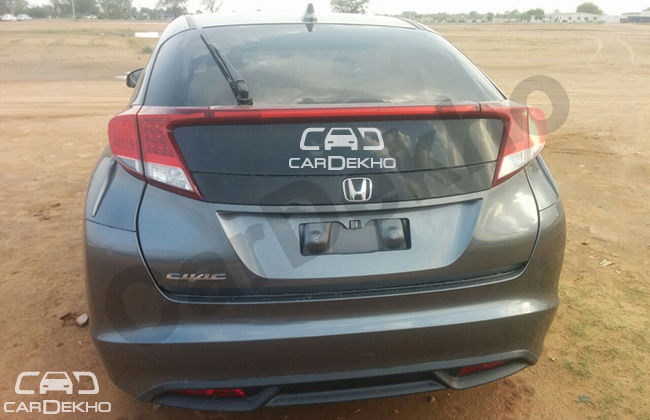 PS: The spied vehicle is a 5-door hatch version of the 9th gen Honda Civic, we’ll be getting the sedan version. This hatch is here probably for the diesel testing - but isn’t it a looker?