Hyundai Creta is unquestionably 2015’s most anticipated launch and here are the first exclusive and clear spy shots of the upcoming Korean compact SUV before its launch next month. 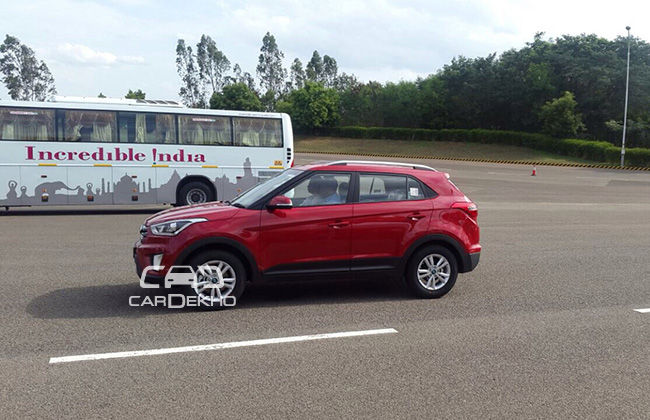 Hyundai India will enter the compact crossover-SUVs segment with the Creta and the vehicle is reportedly launching next month on 21st. There has been plenty of anticipation in the market and Hyundai has said that they’ll be doing a global debut of the Creta. However, the Creta looks a carbon copy of its Hyundai’s China exclusive - ix25. 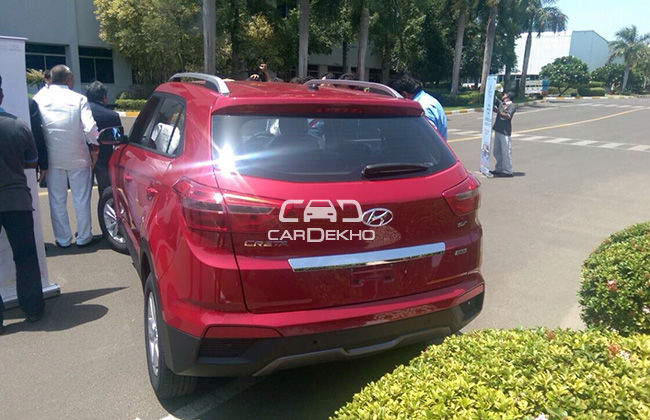 To differentiate itself from the ix25 and to justify that Hyundai is making a world premiere of Creta in India, the carmaker has embraced the compact SUV with chrome add-ons! Apart from the new name - ‘Creta’ and a chrome applique on the rear licence plate, the vehicle appears exactly similar to the ix25 (on sale in China since last year). 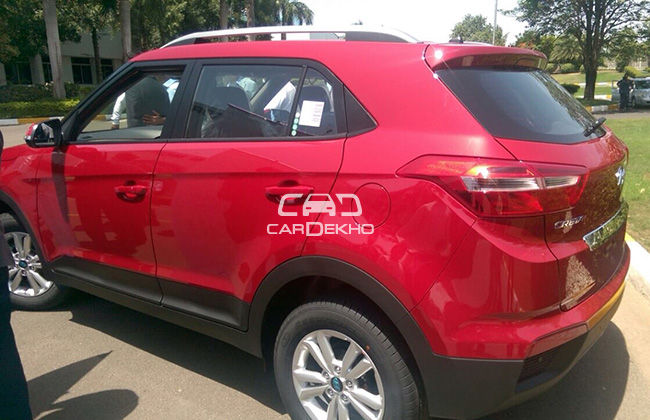 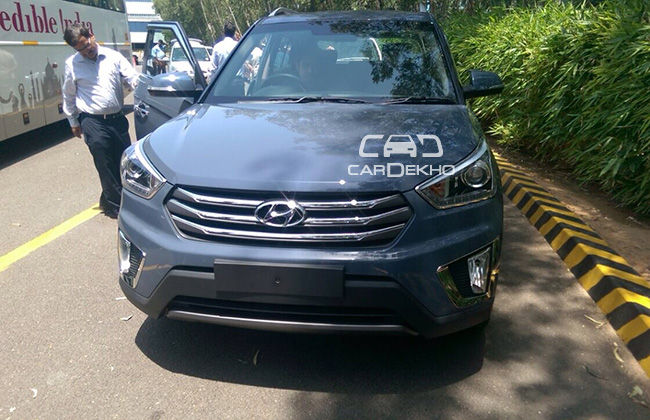 Looking at the spy shots the grey Creta is most likely carrying the accessories that Hyundai will offer, chrome  - door visors, taillight appliques along with front and rear fog light embellishments.The grey vehicle is also riding on the diamond cut alloys which are expected to be optional. All the three cars seems to be the top-end ‘SX’ variant. 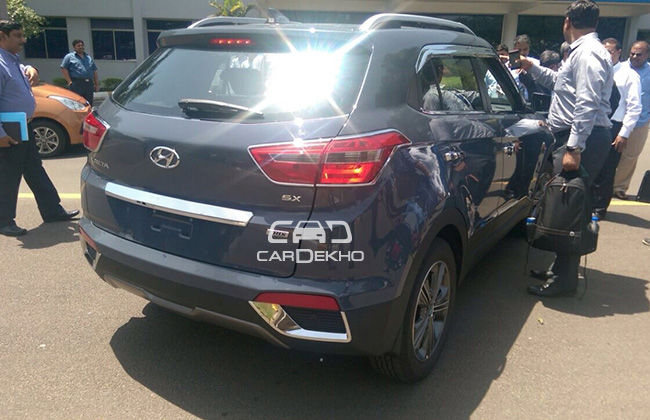 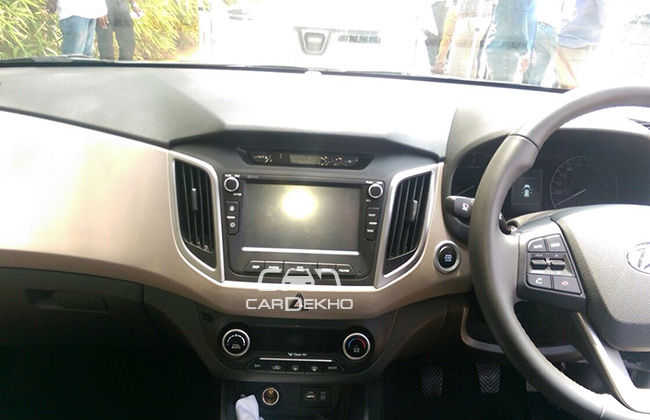 On the inside, Creta will get a large touchscreen infotainment system with built-in navigation. The dashboard gets the dual tone theme just like the Elite i20. There’s also an engine start-stop button and climate control AC which is expected to have LED indication (warm and cold color changing LED) like the ix25 (see the image down below). Moreover, it remains to be seen if it gets an automatic gearbox, as the spied top-end SUV does not offer an auto box (although it was a diesel trim). 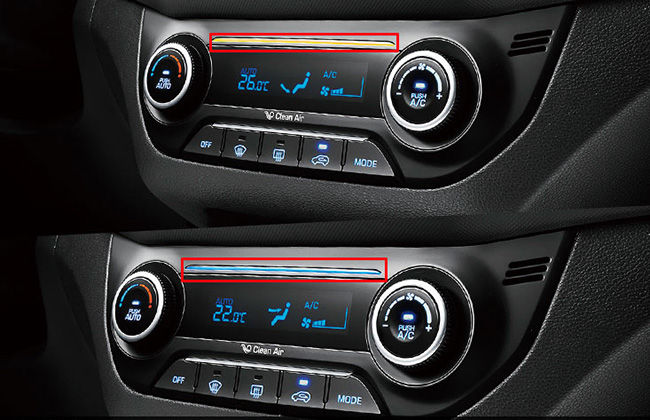 We are expecting that Hyundai will offer three engine options - two diesels and one petrol, all three borrowed from the Verna. The most powerful of the lot will be the 1.6-liter CRDI mated to a 6-speed manual transmission. And to keep the prices competitive, there will also be a 1.4-liter CRDI. Moreover, petrol trims will get the 1.6-liter VTVT naturally aspirated motor coupled to a 5-speed manual, similar to that of the Verna. Hyundai is also expected to offer an automatic option for both diesel and petrol, most likely a six-speed automatic for both. 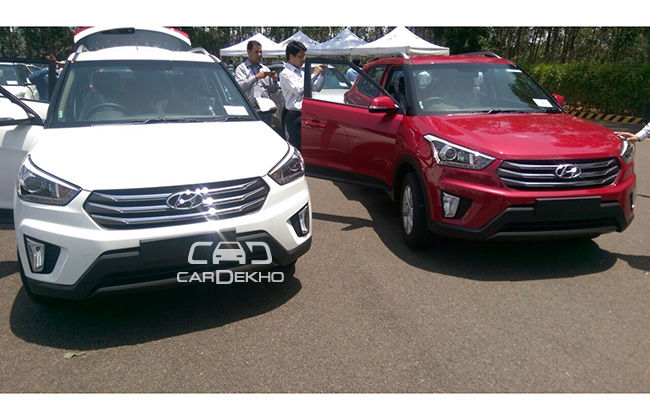 Production of the Creta has supposedly begun and the vehicle will compete with its monocoque rivals - Renault Duster/Nissan Terrano, Ford EcoSport (top trims) and the upcoming Maruti Suzuki S-Cross along with the body-on-frame peers - Mahindra Scorpio & 2015 Tata Safari Storme.

Don’t Miss: Hyundai Creta - 5 Things You Must Know About