Indian automakers are worried that they might soon be in a lot of trouble as the excess capacity of cars is on an all time high. Car manufacturers sold only 3.22 million out of 4.96 million in 2014-15 accounting for 65% of their overall capacity.This was confirmed by Mr. Vikram Kirloskar (President of the Society of Indian Automobile Manufacturers) on numerous occasions by showing concerns on the new factories and production line being set up by the automakers despite the sales being low. The companies are expanding their production capacity hoping that the market will pick up soon, despite the reduced demand due to a prolonged economic slowdown. On July 10, Mr. Kirloskar, who is also the vice-chairman of Toyota Kirloskar Motor Pvt. Ltd, said “There is a lot of excess capacity across the board. Sales are down. We are not even close to our peak levels of 2012-13. Any significant investment in capacity creation will take time as it becomes very difficult to make profits,” 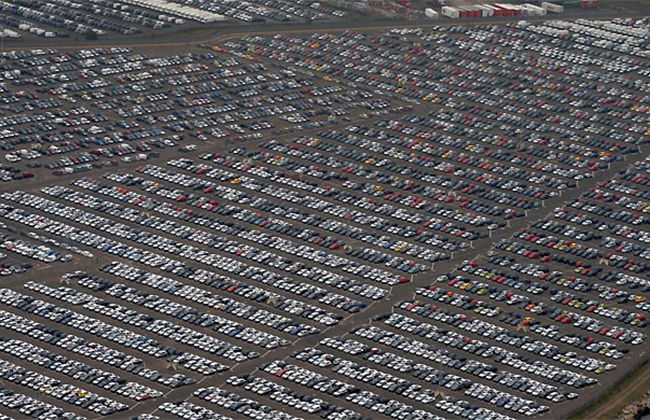 This was practically observed on July 29, when General Motors Co. declared that it will shut down one of its two factories in India, as it looks to consolidate its operations in the country. The total losses of GM have expanded to Rs.6,552 crore, which is close to the amount required to setup a plant.’ Maruti Suzuki, Hyundai and Honda are the only car makers who sell more than 80% of their capacity. Only three passenger vehicle companies: Maruti, Hyundai and Mahindra are currently profitable. Despite the low demand, Maruti, Honda and Mahindra and Mahindra Ltd are making a massive capacity expansion after which, the total installed capacity will reach 6.9 million units from 4.96 million in 2014-15.