Evolution of the F1 car 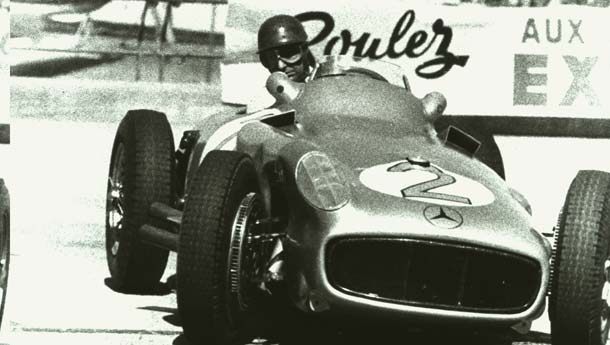 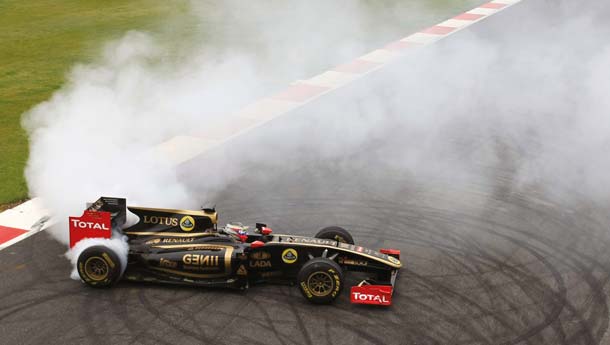 Today’s Formula 1 cars are a marked departure from the cars that lined up on the grid at Silverstone on 13th May 1950 for the first ever F1 race. Here’s a quick look back at how things changed:

1950s: The cars were shaped like bullets — perfect to cut through the air up ahead and get straight to the chequered flag. Fuel-injected engines in Formula 1 cars were pioneered by Rudolph Uhlenhaut when he first used the technology in the legendary Mercedes-Benz W196. All the cars came with engines in the front.

1960s: Towards the end of the 1950s John Cooper did something rather radical — he moved the engine from the front of the car, to behind the driver. The Cooper T51 became the first-ever mid-engined car to win the F1 title, and when it repeated its feat, the rest of the grid followed suit. Lotus designer Colin Chapman went on to built the Lotus 25, the first monocoque F1 car. Towards the end of the decade, the rear wing made an appearance.

1970s: Aerodynamics were a big part of the cars of the 1970s. Cars had gotten closer to the ground, wider, and now featured both front and rear wings. Once again it was the radical Colin Chapman who changed the course of things — Chapman designed the Lotus 78 that used side skirts to help suck the car closer to the ground. The Lotus 79, raced the next year, used movable side skirts that would slide over bumps — it was the original ‘ground effects’ car and it saw Mario Andretti to his only F1 world championship in 1978.

1980s: The decade saw the dawn of the turbo era. The Renault RS10 became the first ever turbocharged car to win a grand prix in 1979. This meant that by the 1980s every team on the grid was clamouring to get their car turbocharged, and 1983 saw the Tyrell team take the last victory for a normally aspirated engine. Engine horsepowers crossed the 1000 bhp mark. By 1989 though, the FIA decided that the turbo era had to come to a close for safety reasons, and so it did.

1990s: The era in which F1 cars began to slowly resemble their current form, only, they were a little more bulbous. Once again, aerodynamics and the F1 car had a very strong relationship. Patrick Head of the Williams team came up with the concept of active ride suspension. The idea was that the closer to the ground you kept the car, the faster it went. The Williams team found it was true — the FW14B won the 1992 season, giving Nigel Mansell his only title.

Post-2000: Formula 1 is eternally in flux, which means that post-2000 a slew of rule changes saw cars change every year. The 2000s are remembered for being the era of the dominant scarlet Ferraris. Modern day F1 cars, feature narrow rear wings, stepped noses and V8 engines. Drivers also rely on aids such as KERS (Kinetic Energy Recovery Systems) and DRS (Drag Reduction System) to help overtaking.