EV foray to keep Maruti ahead in the race 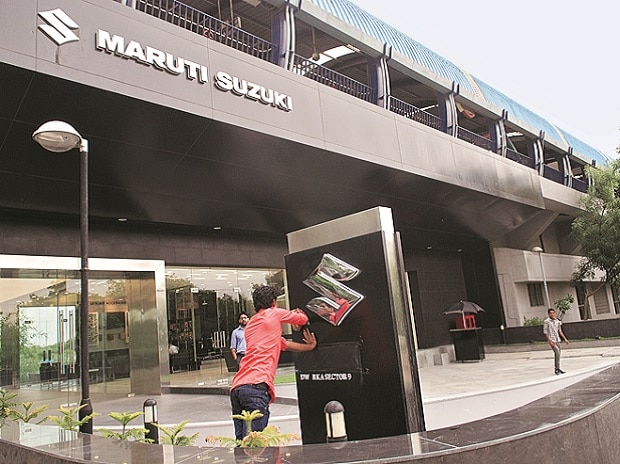 Maruti Suzuki stock hit a new 52-week high after the company’s Japanese parent, Suzuki, on Friday formally unveiled plans to introduce electric vehicles (EVs) in India by 2020 with technical support from Toyota. Currently under an agreement with the parent, Maruti already sources gasoline/diesel cars produced by Suzuki in India. The pact means Suzuki will manufacture the EVs in collaboration with Toyota (to be sold by Maruti) and also develop the entire EV ecosystem, including charging stations, here. The latter is crucial and will give Maruti a headstart as well as a competitive edge over peers.

Though Suzuki had already announced in April that it will set up a manufacturing joint venture with Toshiba and Denso to make lithium ion batteries at Rs 1,150 crore, it is critical given that EVs are currently expensive in the Indian market. Analysts at UBS say it is not possible to expect significant subsidy for EVs as they remain a product for the wealthy in India. The need, according to them, remains in creating a large manufacturing ecosystem to bring down the cost of EV components.

While this will entail significant investment given the need to build batteries, motors and other components, analysts at Nomura believe it will pay off in the medium-term. The deal with Toyota, according to them, would give Maruti a headstart over other car makers in India, while volumes and export markets (for both players) will ensure high utilisation and bring down cost per vehicle. Other car makers dependent on component imports may find it difficult to compete on cost. Any government incentives in line with its vision of having all EVs in India by 2030 would only help further.

The other trigger for Maruti, according to Macquarie, is higher market share gains. So far year-to-date, it has gained 341 basis points market share in the passenger vehicle segment to 50.4 per cent. In addition, vehicles such as Vitara, Ertiga and Brezza have helped Maruti emerge as the market leader in the utility vehicle segment, too. With competitive intensity fading, analysts at Prabhudas Lilladher expect the company to continue gaining market share and improve its hold on the Indian market. This, underlines Maruti’s strong competitive position, they said.

Despite waiting periods for key vehicles, the company has not been able to meet the demand, given the lack of capacity. This is expected to be resolved in the current fiscal as production at its Gujarat plant ramps up, touching the full capacity of 250,000 units by FY19.

New capacity can be used to get higher contribution from higher-margin brands like Baleno, Brezza and Dzire, and improve realisations and thus profit margins. Coupled with higher localisation, Maruti could see a 100 basis point gain in margins to over 16% over the next couple of years from the FY17 number of 15.1%.