Europe's fight to stay ahead in clean vehicle race 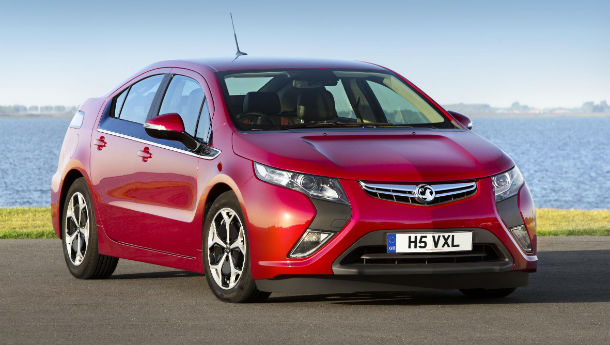 The European Union risks losing its climate leadership in the auto sector to aggressive U.S. and Asian manufacturers unless it sets ambitious targets for cutting vehicle emissions in 2020 and beyond, governments and environmentalists have warned.

Europe's car makers are struggling with declining domestic sales and overcapacity in parts of the sector, leading some in the industry to argue that tough carbon goals will heap more pressure on tight profit margins.

In 2009, the EU adopted rules forcing car makers to cut average car emissions to 130 grams of CO2 per kilometre (g/km) by 2015. That goal, which car makers are on course to meet, gave Europe a clear global lead in vehicle efficiency policies.

Since then, however, the EU's non-binding target of moving to 95g/km by 2020 has been surpassed by the United States, which has set an emissions standard for cars equivalent to 70-80g/km by 2025, while China and Japan are also catching up fast.

EU officials are discussing with automakers how the 95g/km target can be met, ahead of proposals expected later this year from the bloc's executive, the European Commission, to make it legally binding.

At a closed meeting in Brussels this week, the European carmakers' association ACEA told policymakers that meeting the target would be "extremely challenging", and require a partial shift in production towards hybrid and electric vehicles.

But others, including some within the industry, have challenged ACEA's assessment, and say the 95g/km target would not present a major technological obstacle.

"I think that 95g/km is, for 2020, a value which can be reachable with today's technology, without investing too much into electrical vehicles. So for 2020, that's the right level," said Stefan Jacoby, chief executive of Volvo, owned by China's Geely Automobile.

Uncomfortable for some
The companies that provide the bulk of car parts and systems used by European automakers agree the EU's 95g/km goal is eminently achievable for most brands.

"It's not going to be any big hurdle, but it'll be uncomfortable for some of the carmakers," Lars Holmqvist, head of EU automotive suppliers' association CLEPA, told Reuters.

Some luxury German car makers, such as Mercedes and Audi, could be forced to introduce hybrid technology as standard on their larger models to meet the target, he said.

"German carmakers are a slightly different thing. They don't seem to take the target seriously. They still live in a world where they think, 'oh no, there will be a change'.

"Their reluctance is to a certain extent greed. For the moment, yes, there is a wonderful market out there in China, India, Russia, South America, for beautiful cars, from Germany mostly. They want to milk the cow dry, but that's very dangerous."

ACEA and some of its members, including PSA Peugeot Citroen and Fiat, have called for EU-wide measures to tackle the bloc's production overcapacity, which analysts and executives estimate is at least 20 percent.

Green campaigners have said any EU support for restructuring the sector must be explicitly linked to deeper emissions cuts, mirroring the conditions attached in the U.S. to financial support for Ford, GM (GM.N: Quote, Profile, Research) and Chrysler.

"The steps taken by the Obama administration turned the automotive crisis into an opportunity," campaigner groups Greenpeace, and Transport and Environment, said in a letter sent this week to European Commission President Jose Manuel Barroso. "We believe the EU should adopt a similar strategy."

While environmental campaigners expect some carmakers to try to weaken the EU's 2020 target, most observers expect the real fight to be over longer-term targets, for 2025 and beyond.

At this week's meeting in Brussels, a Dutch government official suggested an indicative EU target of 70g/km for 2025, which would represent the lower end when compared with existing U.S. standards.

"The U.S. has already set 2025 targets. The EU should set the benchmark, not follow it," the official said.

Volvo's Jacoby supports the idea of a non-binding target for 2025, to provide EU carmakers with investment security, but said going beyond 95g/km would mean a shift towards electric vehicles that would require government support.

"We need a consumer incentive for a period to give electric, and other fuel-efficient vehicles, the right signal in terms of consumer acceptance, to cut the cost for consumers and make them affordable," he told Reuters.

CLEPA's Holmqvist said the key technological barrier lay at about 70g/km, when the traditional combustion engine cannot deliver savings, requiring a switch to full electric vehicles or other green technologies.

"I think the best way is to take it step by step, and five years at a time is a good timeframe. It is a huge task, and we need to cut it into small chunks and chew it slowly."