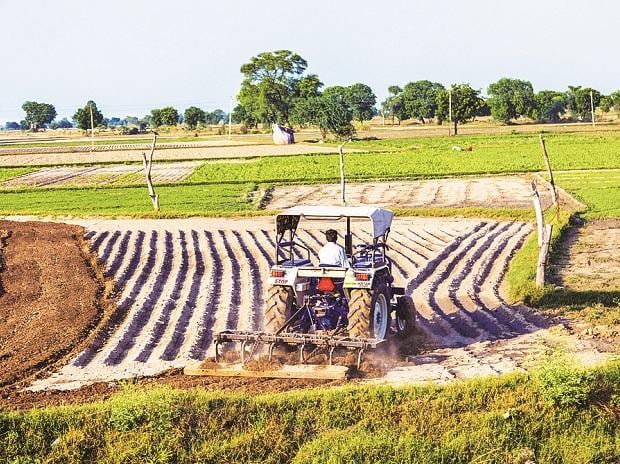 Shares of Escorts were down 6 per cent to Rs 634 on the BSE in early morning trade, after the management has lowered FY19 volume growth guidance for domestic tractor industry. The stock was trading at its lowest level since December 12, 2018.

Escorts had reported a healthy 52 per cent year-on-year (YoY) jumped in net profit at Rs 140 crore in December 2018 quarter (Q3FY19), on back of strong revenue growth. It had profit of Rs 92 crore in the corresponding period last fiscal. Revenue from operations up by 37 YoY to Rs 1,655 crore in Q3FY19 as against Rs 1,205 crore in a year ago quarter.

Tractor sales were up by 36 per cent YoY at 25,743 units during Q3F19. EBIT (earnings before interest and tax) margins for quarter under review declined 30bp at 14.3 per cent as compared to 14.6 per cent in previous year quarter.

The management attributed healthy volume growth to better traction from its key stronger markets of North and Central regions. In view of higher inventory by other industry players, slowdown in few geographies and higher monsoon deficit in Southern and Western regions, the Management has lowered FY19 volume growth guidance for domestic tractor industry to 10-12 per cent from 12-14 per cent earlier.

Mitual Shah, an analyst at Reliance Securities, believes that normal monsoons in Escort’s key markets of north and central India would support its strong outperformance in tractor industry in Q4FY19E and H1FY20E.

"Keeping our earnings estimates unchanged for FY21E in view of strong industry outperformance, better traction from railway business and healthy margin profile and attractive valuation post price correction we maintain our BUY recommendation on the stock with an unrevised target price of Rs 875," it added.

In the past two weeks, Escorts has underperformed the market by falling 16 per cent, as compared to 2 per cent decline in the S&P BSE Sensex. It has already corrected 38 per cent from its all-time high level of Rs 1,019 on May 2, 2018 on the BSE in intra-day trade.

At 09:55 am; the stock was trading 5 per cent lower at Rs 642, against unchanged in benchmark index at 35,674 points. A combined 1.83 million equity shares changed hands on the counter on the NSE and BSE so far.