End of the journey

For years, they have ferried families and friends on happy and tearful occasions. For years, they have remained products that have best identified their companies. These also have been symbols of the Indian car industry's success. They are cars that have laid the foundation, so to say, of a future that sees India as the world's third largest automotive market after the US and China (IHS Automotive, a global market information provider, says light vehicle production in India is likely to reach seven million by 2020).

However, after eventful runs on Indian streets, some of these cars have come to the end of their lives in 2014, their technologies having been overtaken by modern developments. They now have newer replacements and better rivals. Among the cars that have been phased out are the Hindustan Motors Ambassador, which will remain an enduring symbol of the Indian car, and the Maruti Suzuki 800, the iconic car that defined a new India in the 1980s. (The number of units of each sold relates to industry and company estimates).

AMBASSADOR
A ubiquitous sight on Indian roads, both in the cities and in small towns, the Ambassador was launched as the modified version of the English Morris Oxford, whose looks it retained till its manufacturing was suspended this year. At its peak in the 1980s, it sold 24,000 units a year, being the favoured car of both the prime minister as well as the taxi driver. After the '80s it had to cede market space to more modern competitors. There are no figures for how many Ambassadors sold in its lifetime, but it would be a huge number. 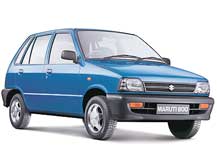 MARUTI SUZUKI 800
January 18 this year marked the end of the popular hatchback's reign on the streets. Maruti Suzuki announced it would no longer be produced and it had been replaced as the basic car in the company's portfolio by the Alto 800. Named after the engine displacement of 799 cc, the Maruti 800 had the second longest production run in Indian automotive history after the Ambassador. It sold 2.95 million units during the 31 years of an unprecedented existence as a mass seller. It was knocked off the perch as the best-sellling car of the country only in 2004 by the Maruti Alto. 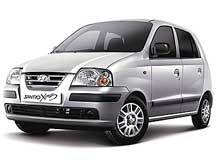 SANTRO
The Santro's successful run comes to a halt at the end of this month. At launch, it was one of the first hatchbacks manfactured in India after the economy was liberalised. It also was a new sight on the roads with a "tall-boy" design, the first of the sort that India had seen. The car was notable for its advertisements featuring Shah Rukh Khan, who sold it as a zippy, highly manoeuvrable, modern vehicle. The Santro sold over 1.35 million units in the domestic market and around half a million units abroad. The car lost out to the company's newly developed i10, launched in 2007, but continued to sell in average numbers. 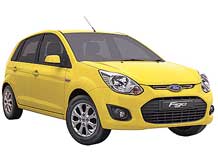 FIGO
Ford's presence in India was marked by the big success of its sedan, the Ikon. But when the sales of its other vehicles, among them the Fiesta and the SUV Endeavour, flagged, Ford found itself in deep waters. It was then that the company launched the Figo in 2010. The burly hatchback was an instance success, giving its maker a new impetus. While Figo continues to log sales - it has sold over 300,000 units - Ford India is reported to have decided to phase it out by early next year and replace it with a completely new car, which is expected, however, to retain the Figo nomenclature.

First manufactured:
In 2010, by Ford India SPARK
Like the Santro, the Matiz was among the first modern hatchbacks to emerge from India's newly opened automotive sector. With its sharply inclined bonnet design with two baby eyes, the Matiz caught the fancy of the Indian middle class. It did not sell as many units as the Santro, its total sales being around 165,000, but it enjoyed the status of being an easily identified car, even in its avatar as the Spark, the name it got after Daewoo was taken over by General Motors. The development of the Beat by General Motors in 2010 sounded the death knell for the Spark.

First manufactured:
In 1998, as Matiz, by Daewoo Motors; later acquired by General Motors