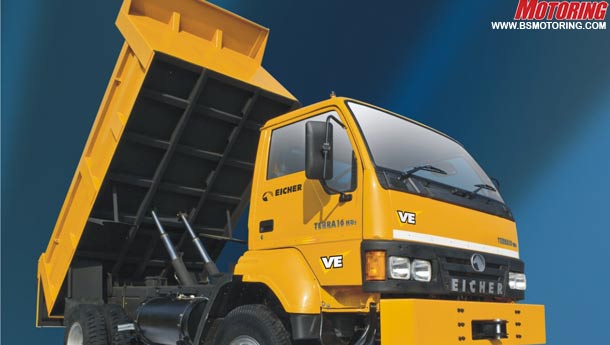 Eicher Motors is trading higher by 4% to Rs 2,419 on back of heavy volumes after Swedish truck, bus and earth-moving equipment maker Volvo proposed to invest around Rs 1,800 crore in joint venture company, VE Commercial Vehicles.

“Volvo announced it planned to invest Rs 3,800 crore in India through the next few years. Of this, Rs 1,800 crore would be invested in its joint venture with Eicher Motors. The remaining amount would go towards enhancing its own operations,” the Business Standard report suggests.

VE Commercial Vehicles, which sells the Volvo brand of trucks and Eicher-branded trucks and buses.

The stock opened at Rs 2,350 and hit a high of Rs 2,447 on the BSE. As many as a combined 250,993 shares have already changed hands on the counter so far against an average less than 40,000 shares that were traded daily in past two weeks.