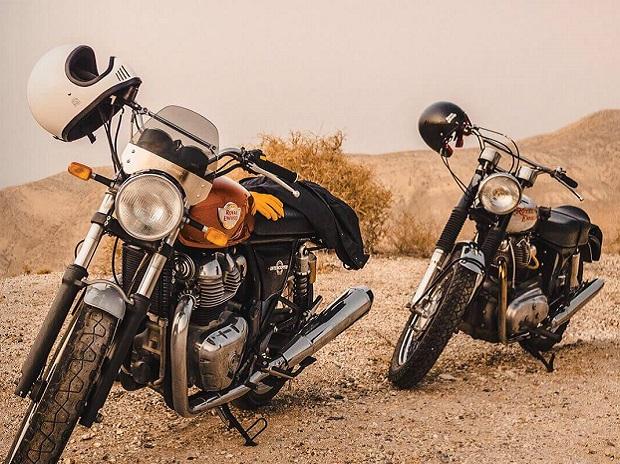 Shares of Eicher Motors have been trading higher for the fifth straight day, up 2.4% at Rs 25,340 per share, gaining 16% in one week on  National Stock Exchange (NSE), after the complete workforce at the Royal Enfield manufacturer’s Oragadam facility has called-off the strike.

“The entire workforce at Royal Enfield’s Oragadam facility has reported to work today, bringing an end to the strike, effective November 13, 2018. All three plants of the company are now operational at their full capacity,” Eicher Motors said on Tuesday, November 13.

A part of the workforce at Royal Enfield’s manufacturing facility at Oragadam, near Chennai had stayed away from work from September 24, 2018. During the period of strike, the total loss of production is estimated to be 28,000 motorcycles., it added.

In the past six months, Eicher Motors had underperformed the market by falling 29% till November 13, as the company reported disappointing set of numbers for the quarter ended September. In comparison, the Nifty 50 index was down 3% during the same period. The stock hit a 52-week low of Rs 20,001 on the NSE on October 4, in intra-day trade.

The company’s Ebitda (earnings before interest, tax, depreciation and amortization) margin for the quarter at 30.6% fell 127 basis points (bps) year-on-year (YoY) because of higher other expenditure. The company, in the conference call, indicated that lower margins were because of higher other expenditure in the wake of new launch expenses of twin 650cc motorcycles and the same is expected to continue in the current quarter with the India launch of the same models.

Analysts Nirmal Bang Equities retain ‘buy’ rating on the stock with 12-month target price of Rs 29,402 per share as the brokerage firm expects Eicher Motors to report a 12% CAGR in Royal Enfield motorcycle volume over FY18-FY20E.

In Kerala, the management indicated that demand has normalised. Dispatches to dealers of new 650cc twin motorcycles have started for test rides, while for the global market the same will start soon. The company believes the full impact of dispatches of 650cc twin motorcycles will be in 4QFY19, the brokerage firm said in a report.

“We believe Royal Enfield would continue to face demand headwinds in the next 6 months owing to a sudden increase of around 12-15% price of RE vehicle issues. We were impressed by the realization/ vehicle increase of 5% in 1HFY19 given the value addition of ABS dual channel in almost all RE bikes. We believe in the long-term RE would continue to outperform the MC industry growth and gain market share,” analysts at Elara Capital said in result update. The brokerage firm re-iterates ‘Accumulate’ rating on the stock with a target price of Rs 26,103.