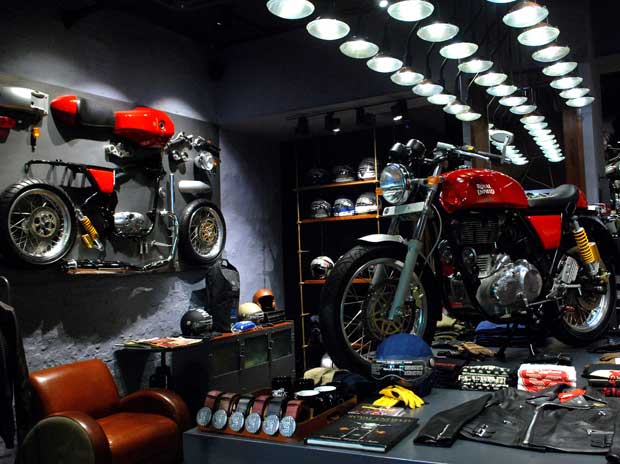 Even as domestic sales of two-wheeler peer Bajaj Auto was down 11% given demonetisation and falling exports, Eicher Motors posted a 42% increase in volumes for December. It was not surprising then that while the Bajaj Auto stock was down 1.4% in trade on Monday, Eicher gained 3%.


Eicher sold 56% more bikes year-on-year in December in the over 350cc category, while it sold 41% more bikes in the up to 350cc segment.


An analyst at a domestic brokerage said demand for the up to 350cc remains strong and with a three-month waiting period and sales growth would be much better than peers. Over 90% of the company’s sales come from this category. While 40% of Royal Enfield sales are procured through cash and bookings have been lower immediately after demonetisation, the company has thus far not seen any material trends in cancellations.


Given the strong urban penetration, the scarcity premium for the bikes and inroads it is making into Tier-II and Tier-III cities, analysts expect sales to outperform peers. The key area to watch out for will be exports which are currently at about 2% of sales.


This can be significant as unlike its peers Bajaj Auto and Hero MotoCorp, Eicher’s target markets are developed countries as compared to developing countries which are witnessing currency fluctuations; and the target segment is premium rather than entry level, as is the case with the competition. Combined export and domestic volume could see an annual growth of 15-20% going ahead, according to analysts.


The commercial vehicle segment, however, could face headwinds given that fleet operators have seen a sharp slowdown in freight movement and some of them have been postponing purchases. It is not surprising that sales for the Volvo Eicher Commercial Vehicles joint venture were down by 20% in December and is expected to be impacted going ahead. What could support sales, over the next three months, is the emission control norms which will kick in from April 1.


While valuations for the stock at 26 times its FY18 estimates are 52% higher than its peers Bajaj Auto and Hero MotoCorp, analysts say these can be sustained if the company manages 15-20% volume growth, which will translate into strong earnings growth.